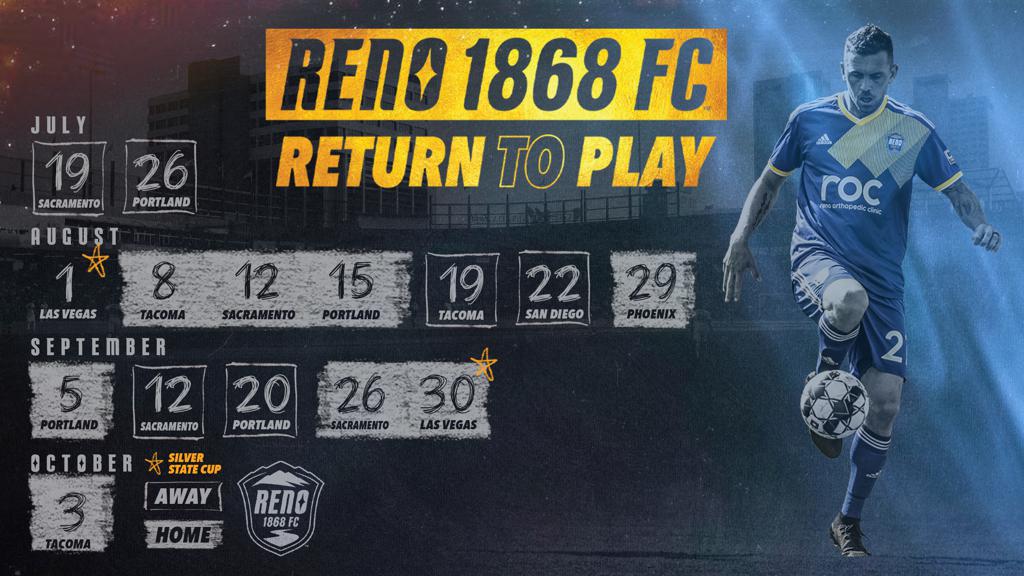 Reno’s home opener will be August 8 against Group A foe Tacoma Defiance, and will come after three straight road games to open the season. The club’s season opener will be July 19, against Sacramento on ESPN2.

The fifteen remaining games will be played over the course of 13 weeks, as Reno hosts just two mid-week games. All six other home games will be held on Saturdays.