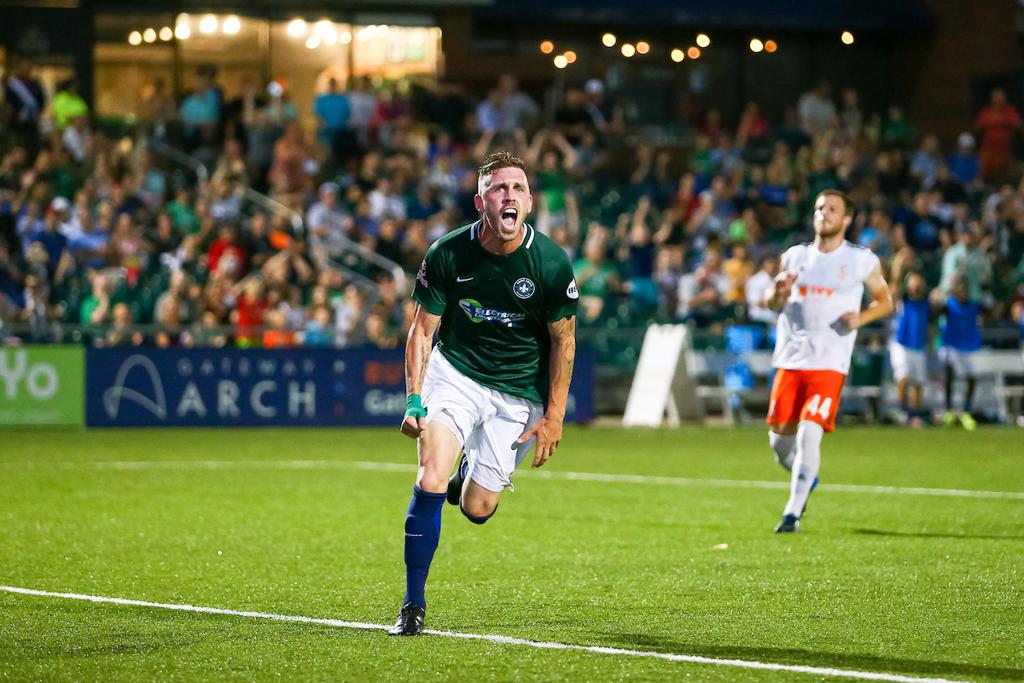 “Corey is a striker that scored a lot of goals in this league and is a player that works really hard off the ball as well” Reno Head Coach Ian Russell said Wednesday. “He can help us lead our press and is going to be a good player to have on this team.”

Prior to his career at Saint Louis FC, Hertzog had an extensive college and professional career.

The forward gained national attention his senior year at Penn State after being the NCAA’s leading goal scorer in 2010. After college, he briefly played in the USL League Two (formerly PDL) for Reading United before being drafted in the first round of the 2011 MLS SuperDraft by the New York Red Bulls.

Hertzog played two seasons with the Pittsburgh Riverhounds from 2016-2017 where he made 63 appearances for the club and scored 28 goals.

Most recently, Hertzog played for Saint Louis FC where he appeared in 29 games, scored five goals, and had four assists for the club.

“It’s always good to sign for a team that you’ve heard nothing but good things about,” Hertzog said Wednesday after signing with Reno. “I’m excited to come here and score some goals.”

The forward joins the club just in time to prepare for the March 9 home opener against Orange County SC. For tickets visit Reno1868FC.com or the Greater Nevada Field Ticket Office.