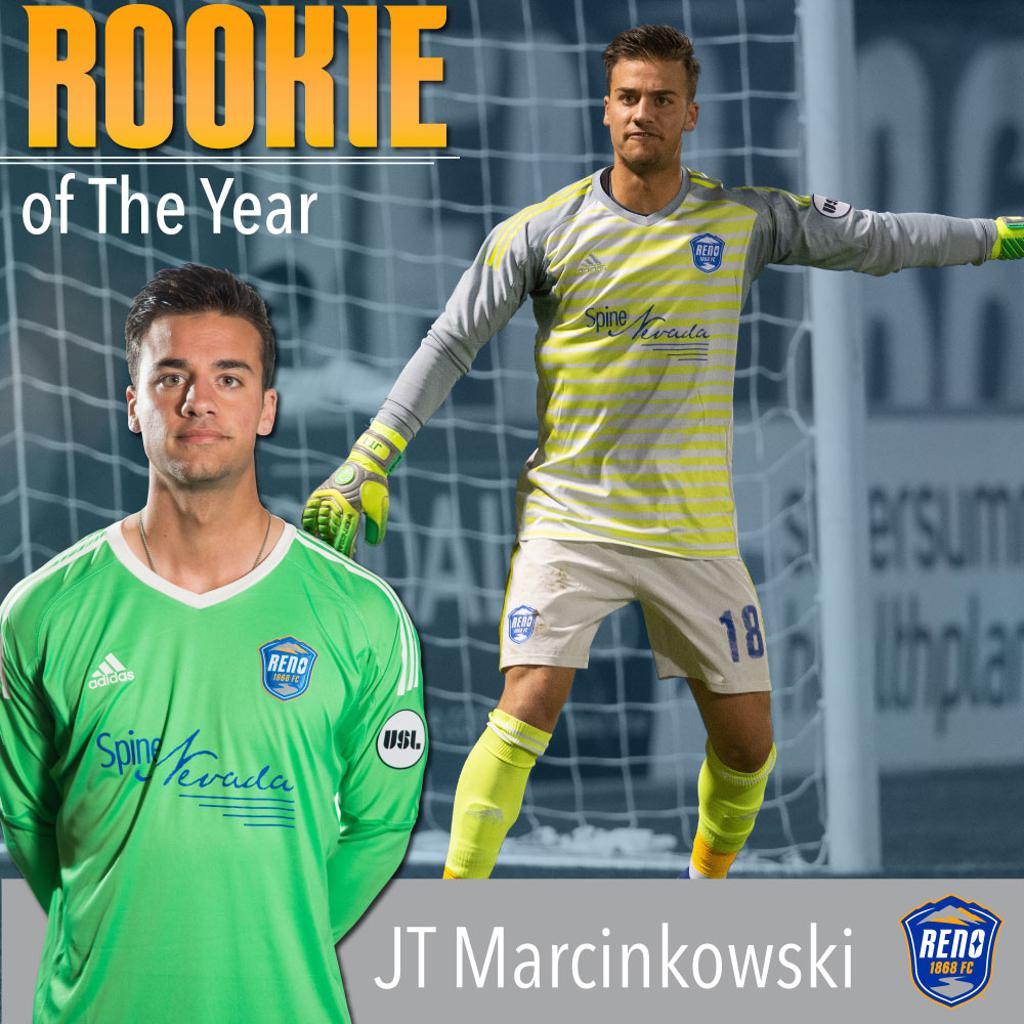 RENO, Nev. – After a superb effort between the posts in 2018, goalkeeper JT Marcinkowski has been named Reno 1868 FC’s Rookie of the Year, the club announced Monday.

The young goalkeeper was a shining star for Reno from the start after being signed to a Homegrown contract by Reno’s MLS affiliate, the San Jose Earthquakes.

The Homegrown Player Rule is a Major League Soccer program that allows MLS teams to sign local players from their own development academies directly to MLS first team rosters.

Marcinkowski starred at Georgetown University before starting for Reno at just 20 years old.

Marcinkowski first introduced himself to the USL scene with a draw-preserving save on March 24 against Las Vegas Lights FC. The save, which earned a USL Save of the Week nomination, helped Reno escape with a 1-1 draw on the final play of the match.

Weeks later, Marcinkowski would earn his first win as a pro on April 21 in Reno’s thrilling 2-1 comeback win over Portland Timbers 2. The young goalkeeper played an integral part during Reno’s 16-match unbeaten streak (club record) racking up USL Save of the Week nominations along the way.

His best match during that impressive run came Sept. 1 when he recorded a career-high seven saves in a 1-1 draw against Fresno FC. During that stretch, Marcinkowski earned a spot as starting goalkeeper in the 2018 MLS Homegrown Game in Atlanta, Ga. during MLS All-Star Week.

His athleticism was on full display where he recorded one of the best saves of the 1-1 draw against Liga Bancomer MX power Tigres UNAL.

Marcinkowski’s last game with Reno before switching to full-time duties with San Jose was on Sept. 15, a 1-0 home win over LA Galaxy II.