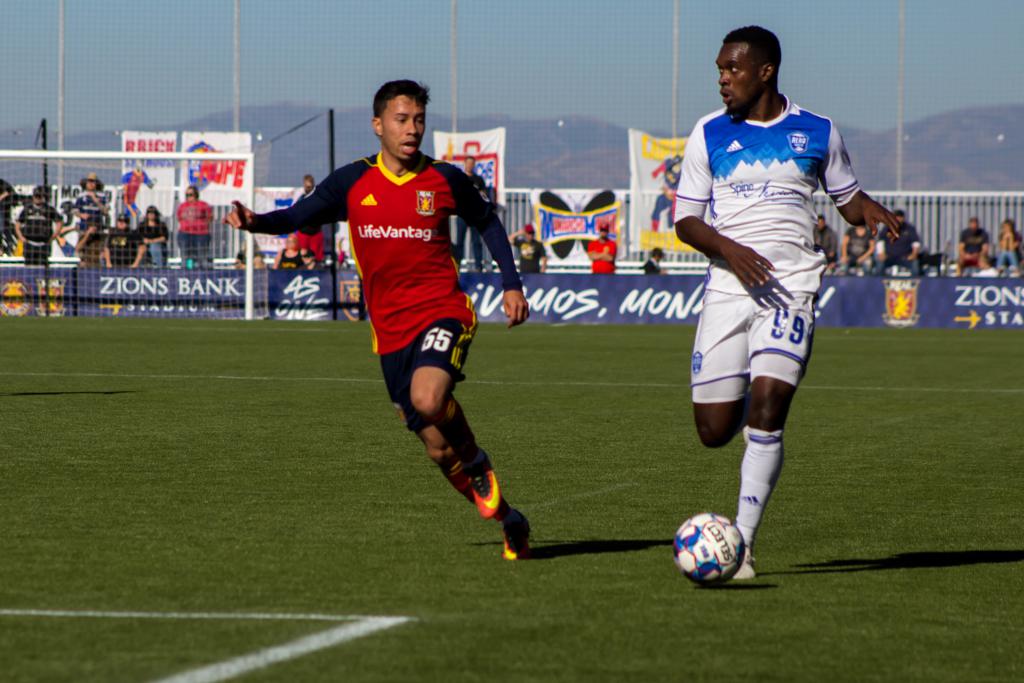 HERRIMAN, Utah – For the first time in club history, Reno 1868 FC is headed to the next round of the USL Cup Playoffs following its first playoff win Saturday afternoon over Real Monarchs SLC.

Reno’s dramatic 1-0 via a Brian Brown header in the second minute of stoppage time helped book a ticket to the Western Conference Semifinals.

Reno will face the winner of (8) Saint Louis FC and (1) Orange County SC next Saturday. Should Saint Louis win, Reno will host the semifinal at Greater Nevada Field.

“I’m so happy for the guys in the locker room who fought hard until the very end.”

Brown’s first headed goal of the season was off a beautiful assist by Duke Lacroix in the final minutes of a dramatic match filled with chances. The Monarchs kept Reno goalkeeper Matt Bersano busy all night and Bersano answered the call.

Bersano recorded six saves and stopped numerous attacks inside the box. Reno finished the match having controlled possession for half the match.

Stay up to date on Reno’s playoff journey and find information at Reno1868FC.com.