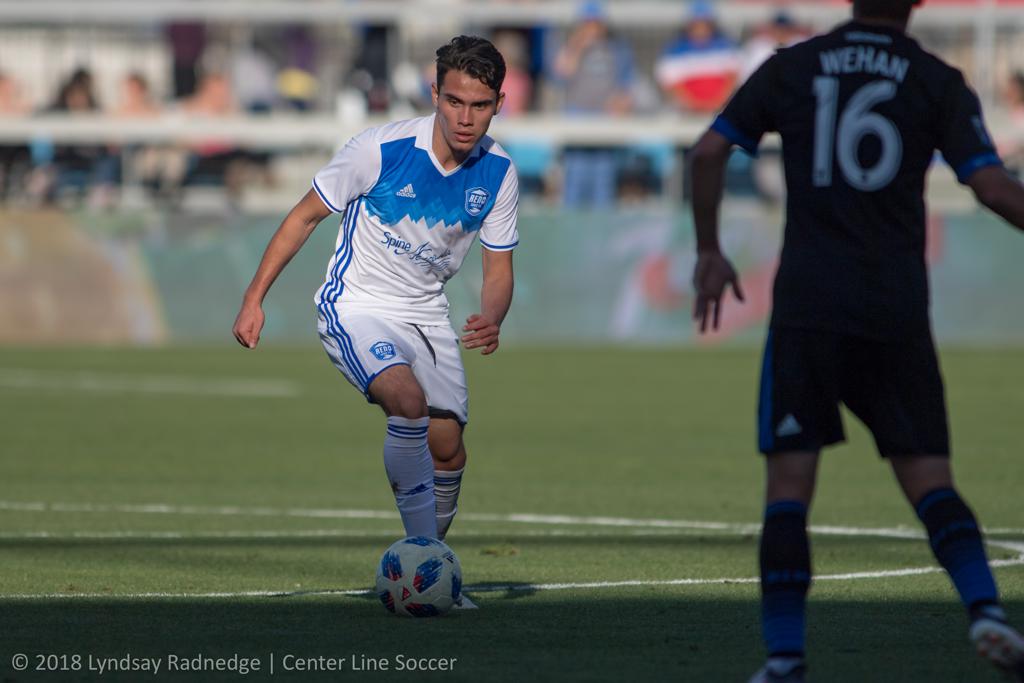 Valencia is a product of the San Jose Earthquakes Academy and signed his first professional contract with Reno Monday.

“We’re really excited to sign Ivan, who’s been a key part of the Earthquakes youth academy,” Reno head coach Ian Russell said. “He’s a technical, hard worker and has shown that over the past few years both with San Jose and when he’s been down here in Reno training with us.

“It’s nice to see his hard work lead to a position with our team.”

Valencia, a native of Guadalajara, Mexico, has been one of the premier academy players in the MLS.

He’s played in Europe with fellow MLS academy players against Bayern Munich and even trained with the Argentinian national team with world superstar Leo Messi.

Asked about signing his first contract as a pro, Valencia said he’s grateful for the support he’s received from both San Jose and Reno.

“I’m very excited to get this opportunity and it’s something I’ve always dreamed of,” Valencia said. “I feel like the relationship between and Reno and San Jose has helped me develop, especially practicing with (Reno’s) first team.

“Last year I came to Reno for a week and really liked it. So that’s why I made my decision to come here and develop as a player.”

Valencia and Reno 1868 FC are back in action at Greater Nevada Field Wednesday for the third round of the Lamar Hunt U.S. Open Cup. Kickoff for the match is slated for 7:30 p.m.