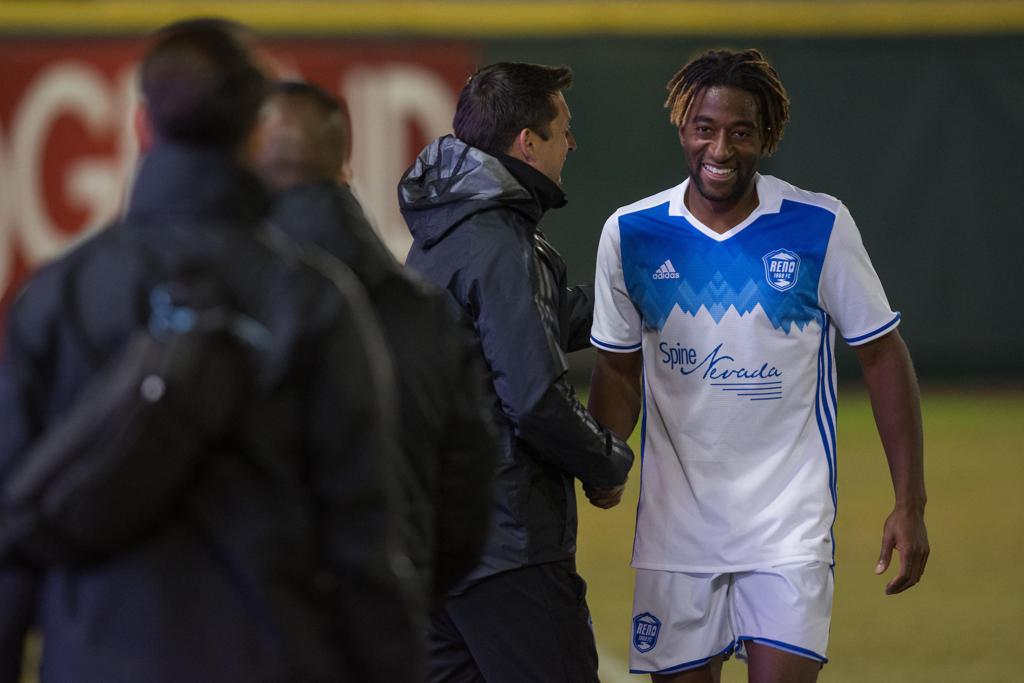 Lacroix joins Reno 1868 FC after spending a year with Orange County SC and a majority of the preseason with Reno.

Lacroix was a dynamic force with Orange County before a season-ending injury ended his 2017 campaign. Lacroix scored twice in Reno’s first ever USL match before his season (five matches played) was cut short due to a knee injury.

“Duke is a speedy and dynamic player, who has experience in this conference,” Reno head coach Ian Russell said. “We saw his attacking skillset firsthand last season so we’re looking forward to see what he can bring to our squad in 2018.”

A former Ivy League standout, Lacroix scored 25 goals, notched 15 assists and finished his college career with 65 points while at Penn University. Lacroix played against Reno forward Antoine Hoppenot while Hoppenot played at Princeton University. Lacroix earned All-Ivy honors in all four seasons for the Quakers including being named Rookie of the Year (2011) and Offensive Player of the Year (2013).