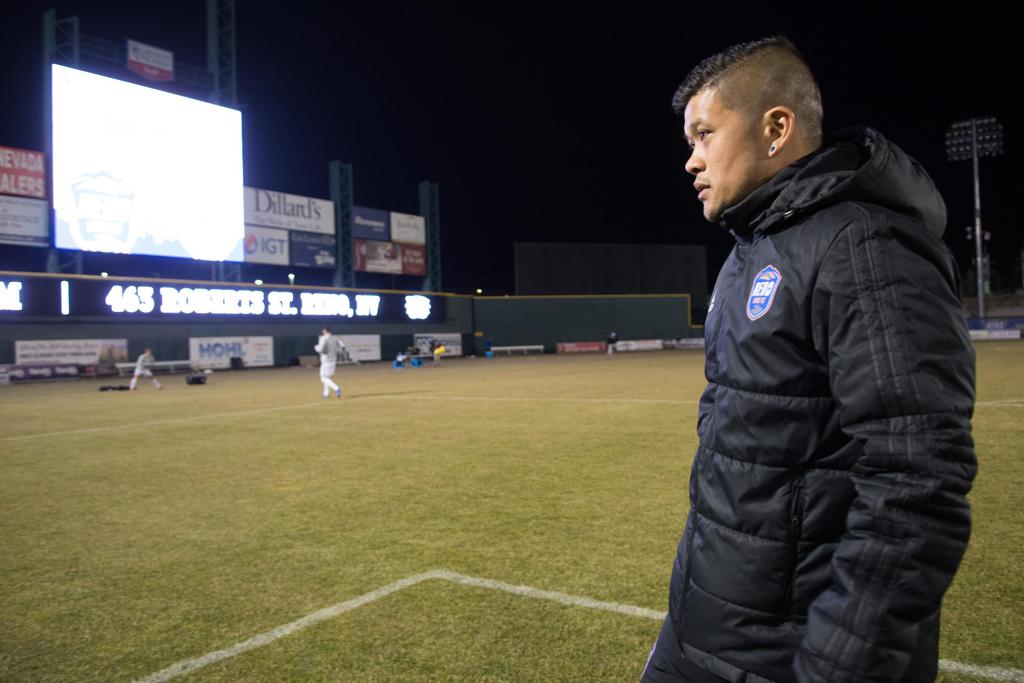 Throughout the 2018 season, Reno 1868 FC players, coaches and staff will connect with fans and the community through weekly Q&A's. This week, we talked with new assistant coach Chris Malenab.

A: Sacramento, Calif. Born and raised.

Q: When was the first time you fell in love with soccer?

A: I was four years old, it was the first sport I played. It was more than the game itself, it was how it brought together diverse people. In the neighborhood I grew up in there were people from different backgrounds, socioeconomic resources. There were the kids whose parent’s had nice cars and other kids that had to bike, walk, or take the bus to practice. It was really cool to meet kids, even at the age of four to see some kids speaking Spanish, some kids speaking English and everything else in between. It was more so the involvement of other people, not just people of the one certain ethnic or religious group, that drew me to the game.

A: That’s one of the things that drew me, here to Reno. Back in ’14, when we won the championship in Sacramento, it was a very tight-knit group. From the coaching staff to the players, to the front office, even the marketing team and people who do a lot of work behind the scenes, everyone knew one another. Reno reminds me of that, including the Battle Born Brigade, they know ever player, they know every coach. That’s huge because that makes it more of an intimate feel to the group to where people are now working for one another and it may not be on the field but its the people behind the scene that make it easy for the people on the field to get the job done; from equipment manager to team administer that whats to make sure things are taken care of. Even the hype man of the group, social media people that get people really excited for the upcoming Saturday match whether it’s against Sacramento or Las Vegas and that excitement carries on from the fans bringing it before pregame to us on to the field.”

Q: What is your primary hobby off the pitch?

A: Running. Running is something I love to do. I run about 50 miles a week. When I am training for something, I like to run marathons. I ran the New York City marathon, the Boston marathon. I’ve ran 30 marathons. Something I enjoy doing is getting out and clearing my mind and competing in different ways. I can’t compete on the soccer field, but running and competing against myself, bettering my times,  and also getting to see the world around me.  It’s a great way to sight see, especially on road trips. Getting five or  six miles in in the morning before the team wakes up you get to see what other cities offer.

Q: What book are you reading right now?

A:  A book I am reading right now is  “Another Way of Winning” by Pep Guardiola. It’s actually the updated version so it talks about how he managed Barcelona, Bayern Munich, and now at Manchester City.

Q: What’s your favorite activity to do with your family?

A: Honestly, anything. I just like spending time with them. Especially the fact that I’m here in Reno and they’re  in Sacramento. So anything that allows us to just hang out is fun. They came up a couple weeks again and we just walked along the Truckee River and that was great. Going ice skating here at Greater Nevada Field a couple weeks ago, that was awesome. Whatever spur of the moment activity comes up it’s just a matter of being around family.

Q: Where do you see video analysis in the next 10 years in soccer? Meaning, do you see technology having a larger role?

A: Video analysis is growing tremendously. In the next 10 years I think it will have a more impacted role in the game. Right now it’s already helping teams in the first half. I think its going to be, at some point,  where players have access to it at their finger tips immediately. As they’re subbing on they can see a couple things and reminders. Especially for the visual learners, I think the video analysis standpoint or access to a video analysis is key to the success of any soccer team. I think its going to begin to be introduced to the college levels properly and even at the club level so when kids go into the pro ranks, in the men or women’s side, they have already been familiar with how to use video , not just to look at it for the highlights.