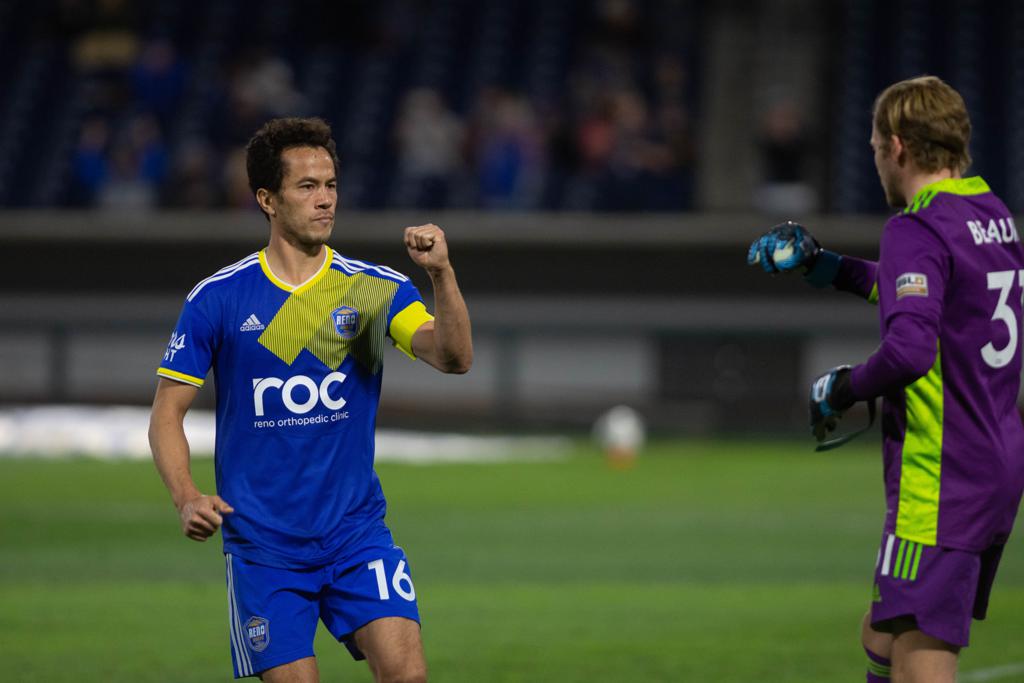 Reno started the scoring early, as Corey Hertzog pounced on a Phoenix mistake to make it 1-0 in the sixth minute. The goal is Hertzog’s fourth in the playoffs with Reno, adding to his club record. The forward has scored in every playoff game for Reno since signing ahead of the 2019 season.

In the 40th minute, Sparks native Kevin Partida would make it 2-0 with his second career playoff goal.

Two minutes into stoppage time, Phoenix would score to make it 2-1 just before half.

The 2-1 scoreline would hold until the 71st minute, when Solomon Asante would tie it for Phoenix.

The extra 30 minutes were not enough for either side to break through, sending the game to penalty kicks for the first time in Reno’s history.

Reno converted the first four shots, before a Zac Lubin save set up a game-winner for Phoenix.

A historic season for Reno comes to a close, after the club overcame a four-month suspension of play to record the top regular season point total in the league.