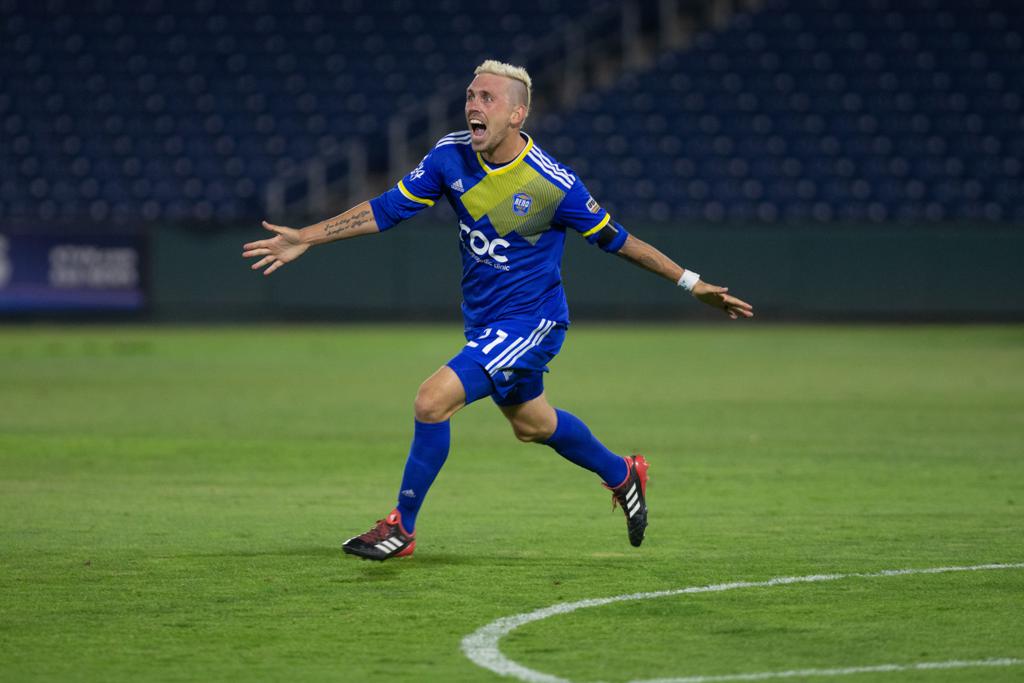 Fresh off a dominant 4-1 win over LA Galaxy II in last week’s Western Conference Quarterfinal, Reno 1868 FC hosts Phoenix Rising FC. The two sides had the best regular-season offenses in the league, with Reno winning the lone matchup 2-1 in August.

“This is a really confident group,” said head coach Ian Russell. “I think the results we’ve been getting have instilled a lot of confidence. Last game we were on the front foot right away … I think that set the tone.”

Just one game into the 2020 playoffs, Reno is already making history. The four goals scored in last week’s win over LA were a club best, doubling the team’s total goals from the first four playoff games in club history.

The win, Reno’s first ever at home, came behind the most productive individual offensive showing in team history. Corey Hertzog’s two goals and one assist made him the club’s all-time leader in playoff goals, and the first player to have a multi-goal game in the postseason.

The brace was his fifth with Reno, breaking the club’s record for career multi-goal games.

Hertzog was instrumental in Reno’s regular-season win over Phoenix, scoring the game winner and assisting on the team’s only other goal in the 2-1 win.

After Phoenix scored in the 77th minute to tie the game at 1-1, Hertzog pounced on a bad pass in Phoenix territory to put the team up for good in the 79th minute.

In the quarterfinals, Phoenix needed extra time to take a 1-0 win over Sacramento Republic FC. In the 114th minute of play, Rising captain Solomon Asante stepped in front of a rocket from outside the box to redirect the ball into the goal.

The attack for Reno has been led by two newcomers for the 2020 campaign, with forward Foster Langsdorf and midfielder Christiano François posting career years. Langsdorf has scored in 10 of the last 11.

Despite the condensed season, Langsdorf’s goal total is just short of his career best 14. The mark is also good for the fifth-most in a single season in club history, and after just 16 games the forward is ninth in club history for career goals.

François has put up career numbers as well, often starting the attack for Reno. The Haitian winger owns six goals and eight assists, one of only two players in the league to have six or more goals and assists.

The eight assists are a career-best, and the third-most in a single season in club history. The mark has François tied for the eighth most on the club’s career list.

Reno enters the semifinal on an 11-game unbeaten streak, ending the regular season on a tear to secure the top overall seed in the playoffs as well as home-field advantage.

Kickoff is set for 6:00 p.m. PT from Greater Nevada Field. The game will be broadcast live on ESPN+, Nevada Sports Net and ESPN Radio 94.5. More information about how to watch the game from home is available here, and information on where to participate in in-person watch parties can be found here.