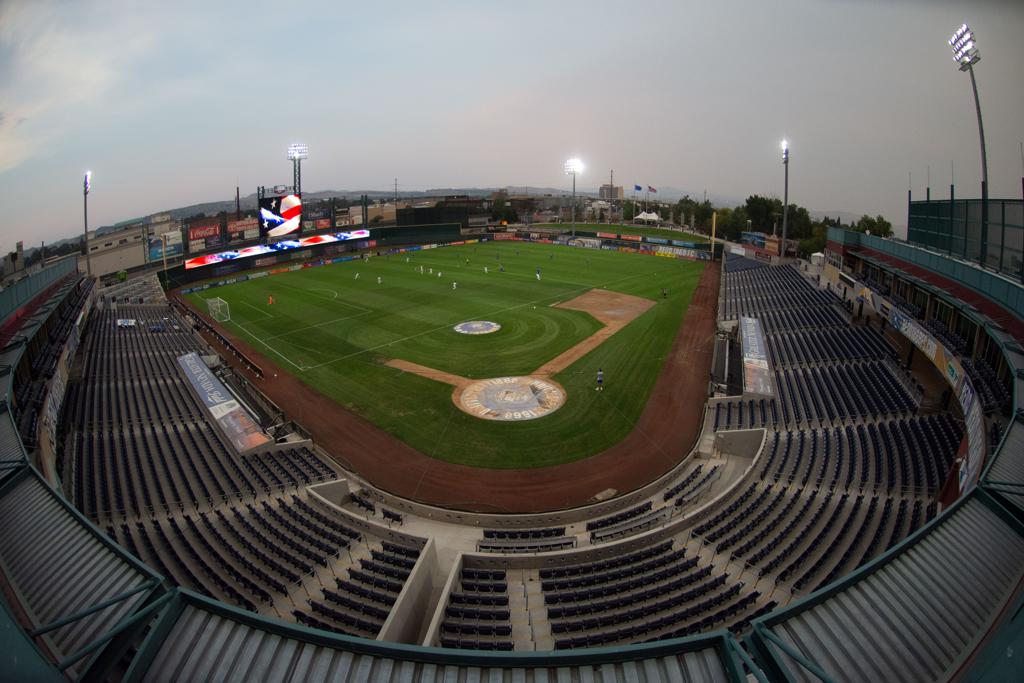 RENO, Nev. – After welcoming 250 fans to last week’s Western Conference Quarterfinal, Reno 1868 FC will welcome 700 fans into Greater Nevada Field for Saturday’s conference semifinal. The expanded capacity will be in place for the remainder of the 2020 playoff run.

“I want to thank all the people working hard at the Washoe County Health District and State of Nevada who have helped make us the first event in Nevada to exceed 250 people since the pandemic began in March,” said Reno 1868 FC president Eric Edelstein.

At the end of September, Nevada Governor Steve Sisolak announced that stadiums would be allowed to host 10 percent of their fixed seating capacity, with the crowd split into sections of no more than 250 people. Each section will have its own entrance, exit, concessions and restrooms, and be blocked off from the other sections.

Reno’s plan to safely host fans has been in the works since the USL season was first suspended in early march, with the goal of welcoming fans in the safest possible way – not only for the health and safety of the fans in attendance, but the entire Northern Nevada community.

“Even more importantly, I want to thank our front office, guest services staff, and all our fans who came out last Saturday,” said Edelstein. “By following our protocols and demonstrating how safe Greater Nevada Field is for events, you have given our players the backing they deserve for Saturday's Conference semifinal matchup.”

Reno’s 2020 playoff run continues on Saturday at 6:00 p.m. PT against Phoenix Rising FC. Fans interested in joining the wait list for tickets can join here. The game will be broadcast on ESPN+ nationally, as well as Nevada Sports Net and ESPN Radio 94.5 locally.