Reno dominates LA to move on to Western Conference Semifinals 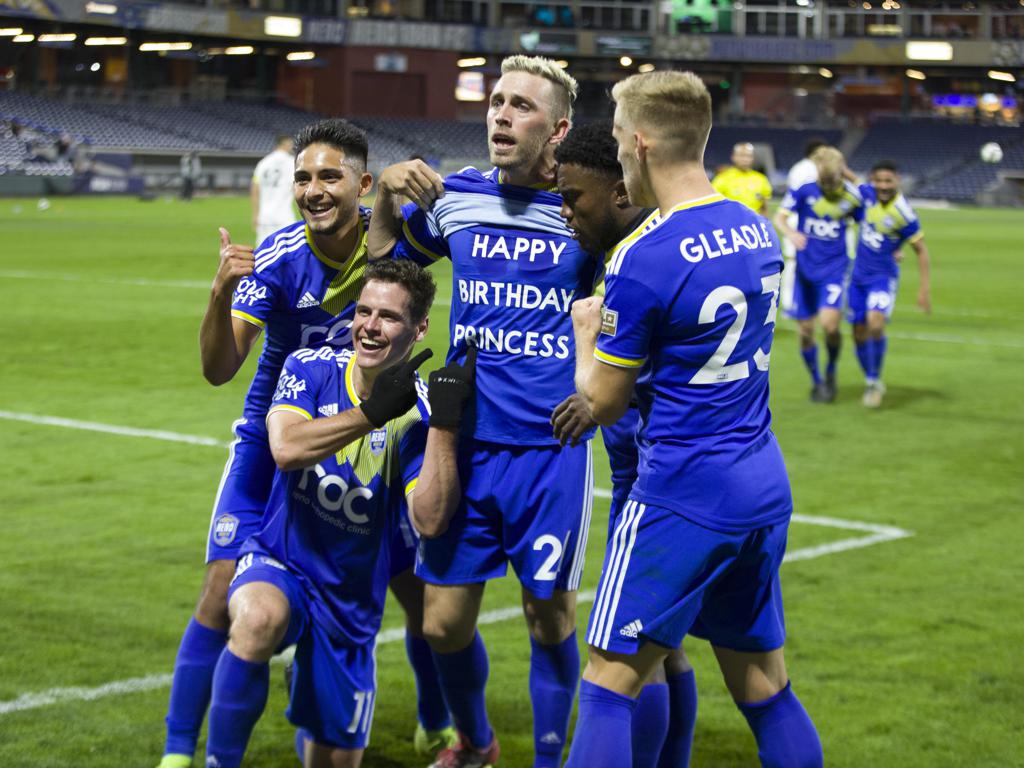 RENO, Nev. – For the first time in club history, Reno 1868 FC won a home playoff game behind a brace from Corey Hertzog. The dominant 4-1 win over LA Galaxy II pushed Reno on to a Western Conference Semifinal game next Saturday at Greater Nevada Field.

“It feels really good, I felt this game coming in the mentality was right,” said head coach Ian Russell. “I could tell in the locker room before we even came on the field. I think we played well from the first minute to the 91st.

The scoring started almost immediately, with Spark native Kevin Partida pouncing on an LA mistake inside their own box in the fourth minute. Partida put the ball in the back of the net for his third goal of the season, a career best.

The 1-0 lead would not hold for long, with LA scoring off of a corner kick in the 10th minute to even things up.

Reno would dominate for the remainder of the half, owning possession 58/42 percent. In the 35th minute, the boys in blue would finally break through. A beautiful build up from the entire team resulted in Christiano François finding Hertzog for the goal to make it 2-1.

The goal made Hertzog Reno’s all-time leading playoff scorer with two goals, and moved François’s season assist total to eight. The total is the third-most in a single season in club history, and eighth-most for a career.

The lead would hold into halftime, and in the second half it would again be all Reno.

In the 53rd minute, something all too familiar to Reno fans happened yet again. Forward Foster Langsdorf scored off a well-played through ball from Corey Hertzog. The goal was Langsdorf’s 10th in the last 11 games, moving his team-leading goal total to 11. The total is tied for the fifth-most in a single-season in club history.

Reno was not happy with the 3-1 lead, as Hertzog would draw a penalty after charging into the box with the ball.

Hertzog himself would step up to take the penalty, and convert for his fifth brace of his Reno career in the 59th minute.

Reno would control possession again in the second half 53/47 percent to take the game.

The win was the highest scoring playoff game in Reno history, and the first win to come at Greater Nevada Field.

Reno has to wait to see who will make the trip to Northern Nevada for Saturday’s game. The game will come against the winner of tonight’s Western Conference Quarterfinal between Sacramento and Phoenix.

The semifinal kicks off Saturday at 6:00 p.m. PT from Greater Nevada Field. The game will be broadcast locally on NSN and ESPN Radio 94.5, and nationally on ESPN+.