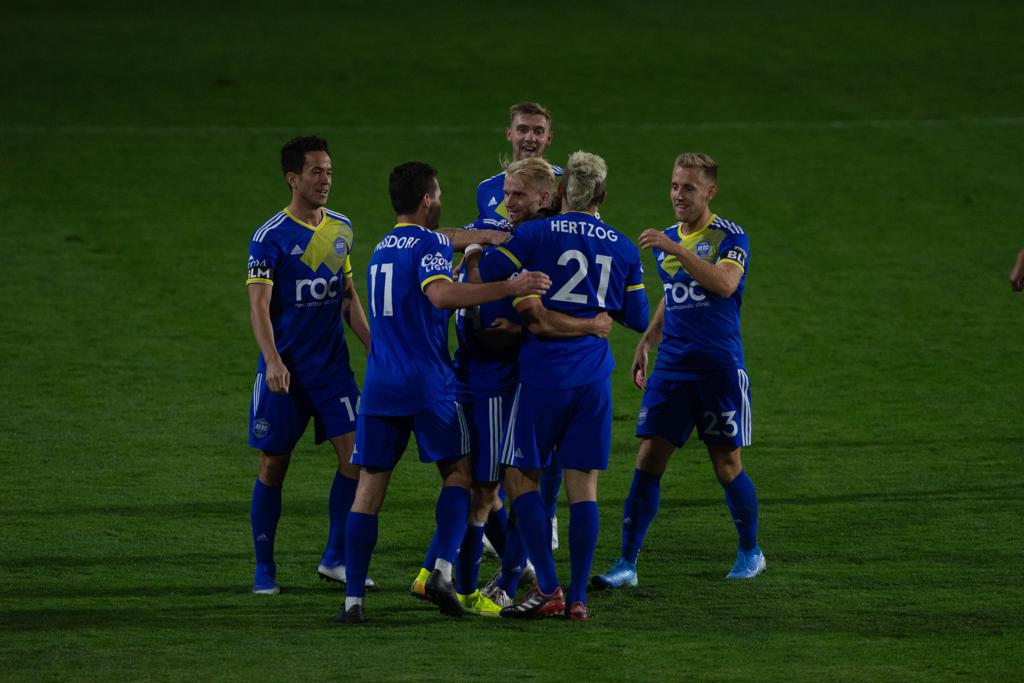 “We need to play well, we need to really play well to be able to beat this team,” said head coach Ian Russell. “They play good football, they have some pace. They’ve got a good goal scorer up front, Augustine Williams. We need to be aware of him.”

Reno enters the playoffs on a 10-game unbeaten streak, securing the top overall seed on the final day of the regular season. Reno’s +22 goal differential was the second-most in the USL, and the 11 wins tied for the top mark.

The top regular-season finish is the best ever for Reno, but the club is not satisfied. Despite making the playoffs in each of the club’s first four seasons, Reno has won just one postseason game. Last season, the playoffs ended in heartbreak after a quarterfinal loss to Sacramento at home.

Last season, Reno entered the playoffs going 5-4-1 in the final 10 regular-season games. This season, the boys in blue enter 8-0-2 in the last 10, including a dominant 2-1 road win at Tacoma to end the regular season.

The attack for Reno has been led by two newcomers for the 2020 campaign, with forward Foster Langsdorf and midfielder Christiano François posting career years. Langsdorf finished the regular season with 10 goals, fifth in the league and leading Reno.

Despite the condensed season, Langsdorf’s goal total is just four short of his career best 14. The mark is also good for the sixth-most in a single season in club history, and after just 16 games the forward is ninth in club history for career goals. The Stanford alum ended the regular season scoring in nine of the last 10 games.

François has put up career numbers as well, often starting the attack for Reno. The Haitian winger owns six goals and seven assists, one of only two players in the league to have six or more goals and assists.

The seven assists are a career-best, and the fourth-most in a single season in club history. The mark has François tied for the 10th most on the club’s career list.

The 2020 squad includes six players that suited up for last year’s playoff game, including Brent Richards who is the only active player to start all four of Reno’s previous four playoff games.

Kickoff is set for 6:00 p.m. PT from Greater Nevada Field. The game will be broadcast live on ESPN+, Nevada Sports Net and ESPN Radio 94.5. More information about how to watch the game from home is available here, and information on where to participate in in-person watch parties can be found here.