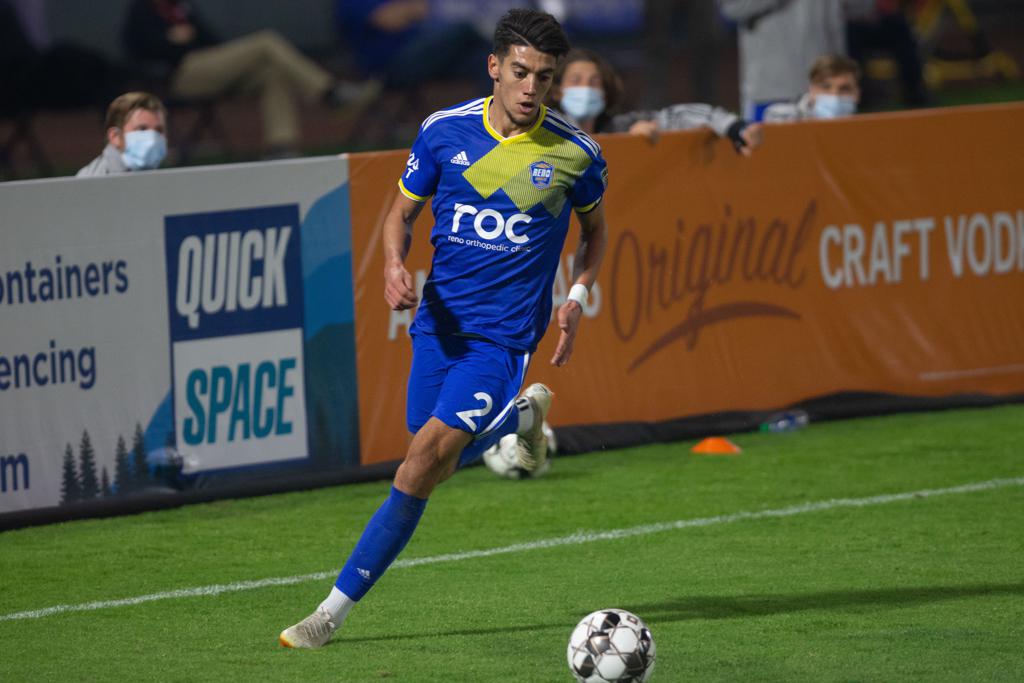 Reno 1868 FC heads to Tacoma, Washington to take on the Defiance in the 2020 regular season finale. Reno has already clinched Group A and a home playoff game, but can essentially secure the top overall seed in the 2020 USL Championship Playoffs with a win.

Reno enters the game on a hot streak, going unbeaten in the last nine games. The streak is the second-longest in club history, and would be just the second streak to reach 10 games.

After a draw against Las Vegas, and Sacramento’s loss, on Wednesday, Reno clinched the top spot in Group A. Being the top seed out of the group means Reno will host the second-place finisher out of Group B, LA Galaxy II, on Saturday night at Greater Nevada Field. Should Reno advance past that to the Western Conference semifinals, los azules would take on the winner of Sacramento, Group A’s second-place finisher, and Group B’s winner Phoenix Rising FC.

Reno’s playoff outlook can get a bit more clear with a win against Tacoma. A win would give Reno 36 points – a mark that only two other teams in the entire league can possibly reach. San Antonio FC and Tampa Bay Rowdies can reach the mark with wins in their final games of the regular season. If all three teams, Reno, San Antonio and Tampa Bay, were to win, the first tiebreaker of total wins would be even with 11. The second tiebreaker, goal differential, is currently in Reno’s favor. Reno’s +21 goal differential is greater than both San Antonio’s (+17) and Tampa Bay’s (+15).

If Reno wins against Tacoma by just one goal, it would take San Antonio winning by five goals, or Tampa Bay winning by seven goals to push things to the third tiebreaker. The third tiebreaker, total goals, is well in hand by Reno. Reno leads the league in goals with 41.

This season, Tacoma has played Reno well. In the season opener in March, Tacoma jumped out to a 1-0 lead before the boys in blue came out with three unanswered goals to win 3-1. Since the restart in July, Reno has beaten Tacoma 2-1 and 3-2 with both games being played at Greater Nevada Field.

All time, Reno has never lost to Tacoma. 1868 has gone 6-0-3 against the Defiance. This season, Reno has gone 7-2-2 against the three teams in Group A, as well as 5-1-1 on the road. Reno has yet to lose a game played on Saturday, with the team’s two losses coming on a Wednesday and Saturday.

Kickoff in the regular-season finale is set for 7:00 p.m. PT from Cheney Stadium. The game will be broadcast live on ESPN+, Nevada Sports Net and ESPN Radio 94.5. More information about how to watch the game from home is available here, and information on where to participate in in-person watch parties can be found here.