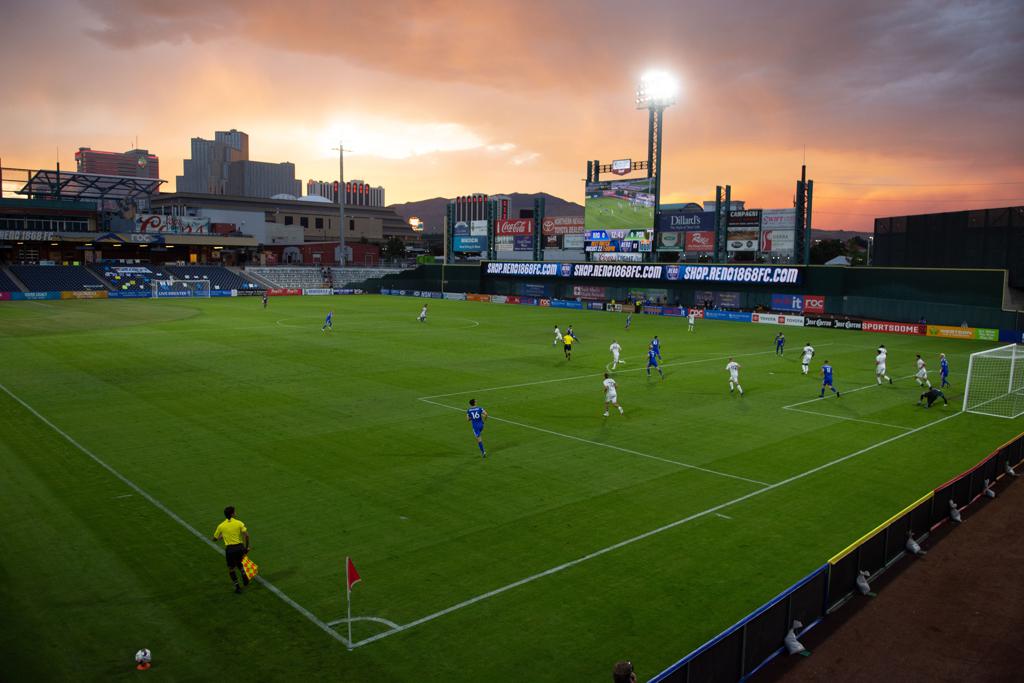 RENO, Nev. – After clinching the top spot in Group A last night with a draw against Las Vegas Lights FC, Reno 1868 FC’s first round opponent is set. The boys in blue will face LA Galaxy II on Saturday, October 10 at 6:00 p.m. at Greater Nevada Field, and there is a chance fans will be in attendance for the first time this season.

LA comes to Reno after taking second in Group B, behind Phoenix Rising FC. Phoenix will host the second-place team in Group A, Sacramento Republic FC, the same weekend.

Reno and LA have not met this season, but the two teams have played six times since the start of 2017, with Reno winning all six meetings.