Reno draws Sacramento to keep first place in Group A 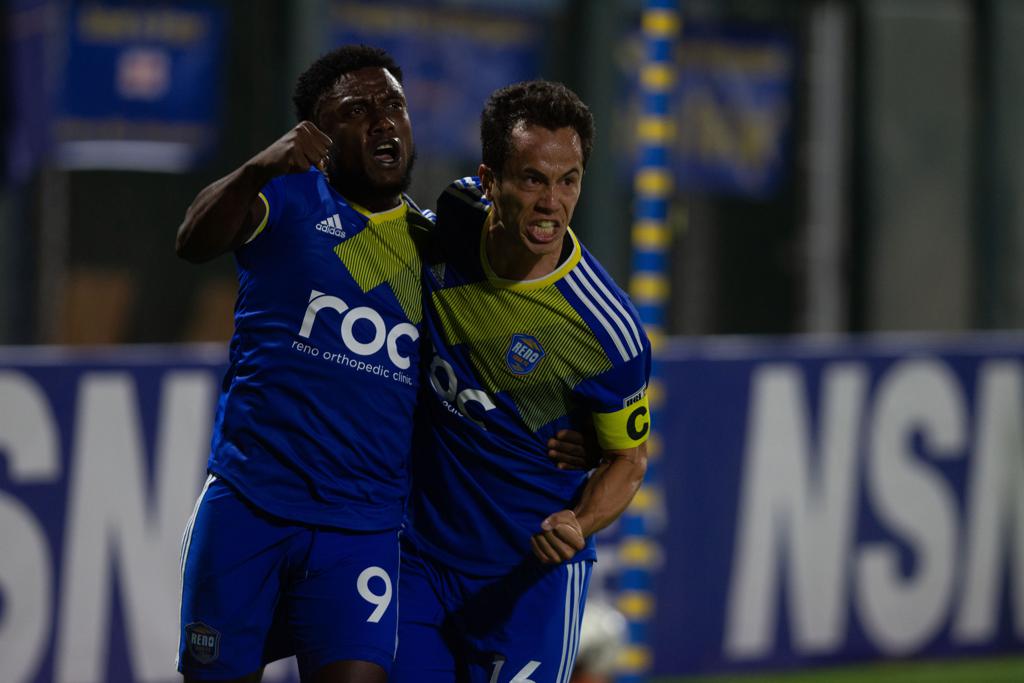 RENO, Nev. – Reno 1868 FC drew Sacramento Republic FC tonight for the second time this season, earning a point to keep control of the top spot in Group A with a five point lead over Sacramento. The draw also extends Reno’s unbeaten streak to eight games, tied for the second-longest in club history.

“I thought this game felt like a playoff game, it was actually pretty ugly,” said head coach Ian Russell. “We got a goal in the first half and they got a goal off a set piece. They didn’t have a ton of chances but I thought on the night they were a little sharper and a little cleaner than us.”

Reno struggled to find possession early, being outpossessed 52/48 in the first half and being outshot 7-3. Despite the early struggles, Reno captain Brent Richards was able to put the boys in blue up before the half.

In the 44th minute, midfielder Tucker Bone would cross a ball into the box, and Christiano François was able to get a head on it, sending it back in front of the net. Richards, crossing in from the wing, was able to head the ball back far post and get it past the keeper.

The goal was Richards’ third of the season, his most in a single season since coming to Reno. The assist was François’ sixth, leading the team and tying a personal best for a single season – despite the condensed season.

Early in the second half, Sacramento would answer with a goal off of a corner kick in the 55th minute.

The second half would see improvement, but Sacramento still outpossessed Reno 55/45.

This was just the fifth time this season that Reno was outshot, moving 2-1-2 in such games.

Reno still holds onto the top spot in Group A, with a five-point lead on Sacramento and each of the top three tiebreakers. Reno still has a good opportunity to finish with the most points in the entire USL Championship; should Reno win out, the team will have home-field advantage throughout the postseason.

The boys in blue are back in action quickly, with in-state rival Las Vegas Lights FC coming to town on Wednesday for the final game of the 2020 Silver State Cup. With a win or draw, Reno will win the cup for the third-straight season. The match gets started at 6:30 p.m. PT, and will be broadcast locally on NSN and ESPN Radio 94.5, and nationally on ESPN+.