Midfielder has scored five goals against Portland this season 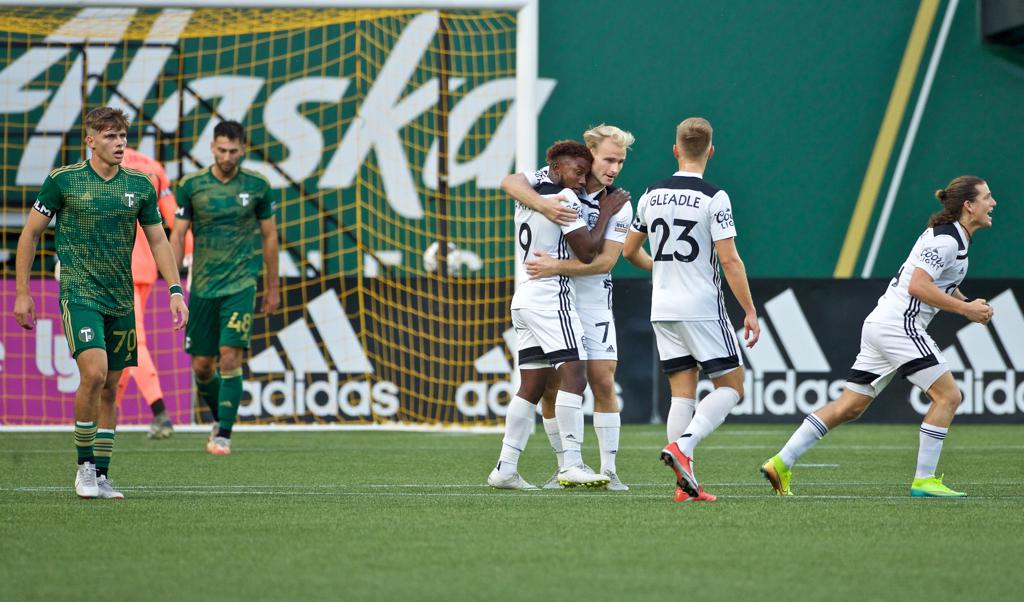 PORTLAND, Ore. – Reno 1868 FC topped Portland Timbers 2 tonight 5-2, behind a brace from Christiano François, and a pair of assists each from Sergio Rivas and Younes Boudadi. The win moves Reno to 10-2-1 on the season, and adds to the club’s lead on Sacramento Republic FC for the top spot in Group A.

“I thought it was a really good first half,” said head coach Ian Russell. “Came out in the second half and I thought we were a little sloppy … But it was a good result for us to win 5-2 [on the road].”

For the 10th time this season, Reno struck first. Boudadi, making his first professional start, crossed a beautiful ball into the box for François to finish through a crowd of Reno runners and T2 defenders.

The goal was François’ fifth of the season, and fourth against Portland alone.

Not much later, Boudadi would strike again with a lofted ball into the box. A leaping Foster Langsdorf would head the ball across the frame in the net for his eight goal of the season.

The goal marked Langsdorf’s seventh game in a row with a goal, breaking a club record.

Reno was not done for the half, as Sam Gleadle would deliver one of the most exciting goals of the season. Off of a T2 corner kick, Gleadle would step in front of a pass and poke the ball towards midfield. Sprinting away from a box full of Reno and Portland players, Gleadle only had one man to beat en route to a box-to-box run that was capped with a strike into the back of the net.

Reno took the 3-0 lead into the half, the eighth time this season the team has led at half. In those eight games, Reno is 8-0-0.

The boys in blue outshot Portland 12-4 in the first half, controlling possession 59.7 percent.

In the second half, Reno was outshot 11-10 and possession dipped to 55.1 percent.

Portland made an attempt to come all the way back, scoring in the 57th and 79th minutes to make it a one-goal game.

Reno, and Rivas in particular, would have an answer shortly Portland’s second goal in the 81st minute. A streaking Rivas would take a through ball from Benji Kikanovic and cross the ball perfectly into François for his second goal of the night.

The assist was Rivas’ first of 2020, and the goal was François’ fifth against Portland this season.

Just a few minutes later, Rivas would again assist on a goal. This time, the cross in the 88th minute went in to Aidan Apodaca for his third goal of the season. Apodaca has now scored in each of the last three road games for Reno.

The win marked Reno’s seventh straight game without a loss, tied for the third-most in club history.

After three games in an eight-day stretch, Reno finally has a week to prepare for the next game. Donner Pass Derby rival Sacramento Republic FC comes to Northern Nevada on Saturday for the fourth and final matchup between the top teams in Group A. Reno owns a four-point lead on Sacramento, while holding each of the top three tiebreakers in total wins, goal differential and goals for.

The match gets started at 6:30 p.m. PT, and will be broadcast locally on NSN and ESPN Radio 94.5, and nationally on ESPN+.