1868 looks to lock up playoff spot against Tacoma Defiance

Reno can secure playoff berth with win or draw 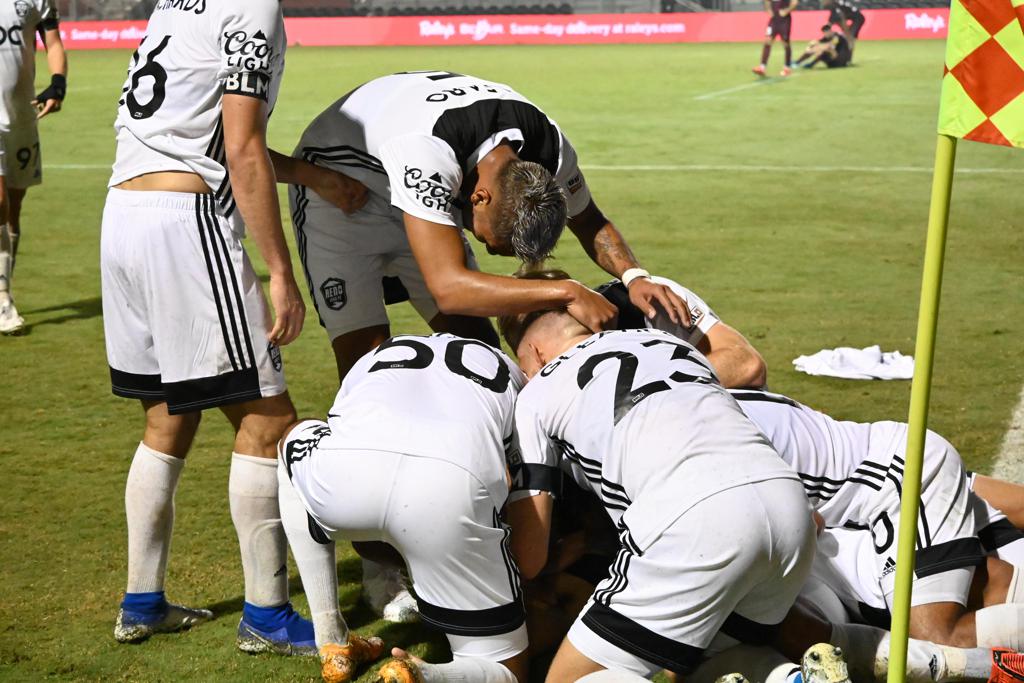 After a draw at the death on Saturday against Sacramento, Reno 1868 FC returns home for a matchup with Tacoma Defiance that could lock up the playoffs for Reno. With a win or draw, the boys in blue will clinch a top-two spot in Group A and a fourth straight playoff berth.

“We’ve got to handle business at home,” said head coach Ian Russell. “It’s a big game for us, it’s our game in hand. If we can win and get three points it’s going to put us in a really good position.”

Reno enters on a five-game unbeaten streak, thanks to forward Aidan Apodaca’s heroics in the closing seconds of Saturday’s game.

Trailing 3-2 in stoppage time, Apodaca was able to secure a lofted ball from Brent Richards and put a rocket into the back of the net. The draw secured a point on the road for Reno, and kept the lads atop Group A with 25 points.

A win in Sacramento would have clinched a playoff spot, but the draw set up a chance to clinch in front of an empty Greater Nevada Field.

Tacoma enters the match struggling as of late. The Defiance were unbeaten in their first three games after the USL Championship season was restarted in July, before making an August 8 trip to Reno. 1868 came out on top 2-1, and Defiance has yet to win a game since.

All time, Reno has never lost to Tacoma. The club owns a 5-0-3 record against Defiance, one of eight USL clubs to never beat Reno. Of the eight winless opponents, Tacoma has had the most games against Reno as well.

In the sides’ two previous matchups this season, Reno has won 3-1 and 2-1.

The game will be played at Greater Nevada Field, where Los Azules have seen plenty of success in 2020. In Reno’s five home games this season, the team has gone 5-1-0 and averages 3.2 goals per game compared to 2.8 on the road. The last time out at GNF saw Reno put up seven goals against Portland Timbers 2.

Leading the way for Los Azules has been an electric stretch of games from forward Foster Langsdorf. Langsdorf has scored in five straight games, bringing his goal total to a team-leading six. The five game streak is the second-longest in club history, behind Dane Kelly’s six-game streak from 2017.

Kickoff is set for 6:30 p.m. PT from Greater Nevada Field. The game will be broadcast live on ESPN+, Nevada Sports Net and ESPN Radio 94.5. More information about how to watch the game from home is available here, and information on where to participate in in-person watch parties can be found here.