Apodaca strikes in stoppage time to earn draw against Sacramento

Reno battles back after trailing 3-2 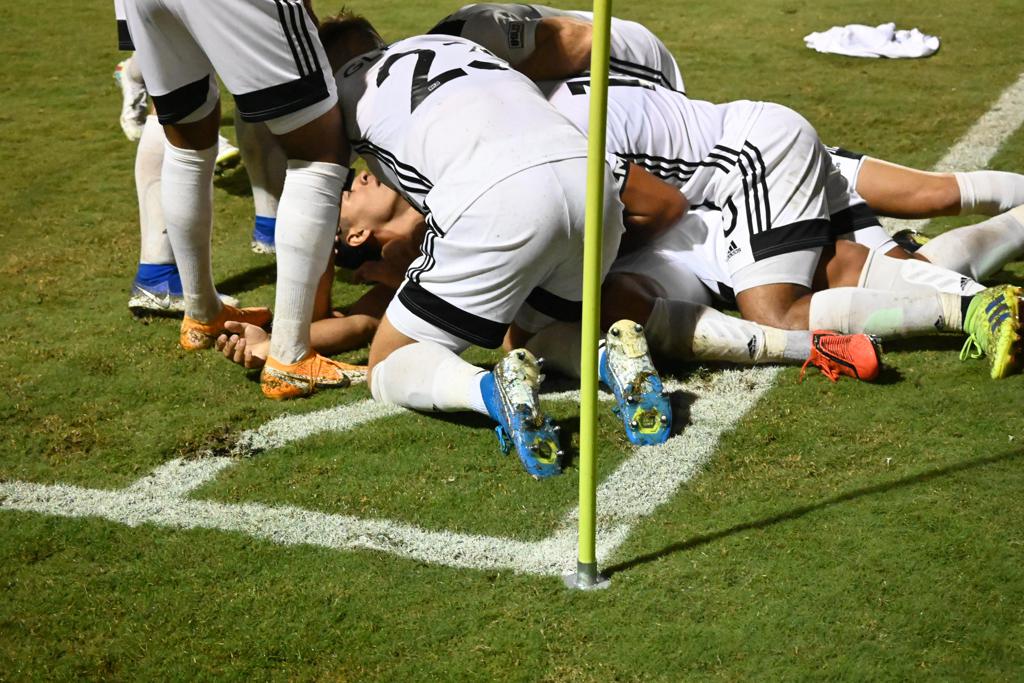 SACRAMENTO, Calif. – Aidan Apodaca’s stoppage time goal gave Reno 1868 FC their first draw of the season tonight, after a physical 90-minute battle with rival Sacramento Republic FC. The draw keeps Reno and Sacramento tied at 25 points for the lead in Group A.

“It was a good point for us,” said head coach Ian Russell. “Those are the kind of ties that feel like a win. It was important to get that point … I’m really proud of how the boys fought. It shows a lot of heart and they didn’t quit.”

Reno struck first, with Foster Langsdorf continuing his hot streak in the second minute. The forward headed in a free kick from Christiano François to make it five-straight game with a goal. The streak is the second-longest in club history, behind a six-game streak from Dane Kelly in 2017.

François’ assist was his fifth of the season, good for the team lead.

Sacramento would be quick to answer, with Sam Werner scoring in the fifth minute to tie things up. Then in the 32nd minute, Sacramento would strike again to take a 2-1 lead into halftime. Reno had only trailed at half twice this season, and now moves to 1-1-1 in such games.

The game would stay 2-1 until the 67th minute, when Kevin Partida would draw a penalty. The Sparks native would take the penalty himself, converting to tie the game at two. The goal was his first of the season, and second of his Reno career.

Once again, Sacramento answered quickly. In the 73rd minute, Republic scored to go up 3-2.

The lead would hold through the end of 90 minutes, until a Brent Richards cross into the box in the third minute of stoppage time.

A Sacramento defender was first to head the ball, but was only able to pop the ball straight up. Apodaca, who had entered as a substitute in the 63rd minute, got a head on the second ball and was able to again pop it straight up.

The ball came down right on Apodaca, who was able to stop it with his shin as the entire Sacramento defense blew past. The forward put a rocket into the back of the net before being mobbed by his teammates.

The goal was Apodaca’s second of the season and sixth with Reno, with both of this season’s goals coming off the bench.

Reno and Sacramento remain tied at the top of Group A with 25 points each, but Reno has tiebreakers in total wins and goal differential as well as a game in hand.

Reno has a quick turnaround, as the boys in blue will take on Tacoma Defiance on Wednesday. Kickoff from Greater Nevada Field is set for 6:30 p.m. PT, and will be broadcast locally on NSN and ESPN Radio 94.5, and nationally on ESPN+.