Reno sits atop Group A with 21 points 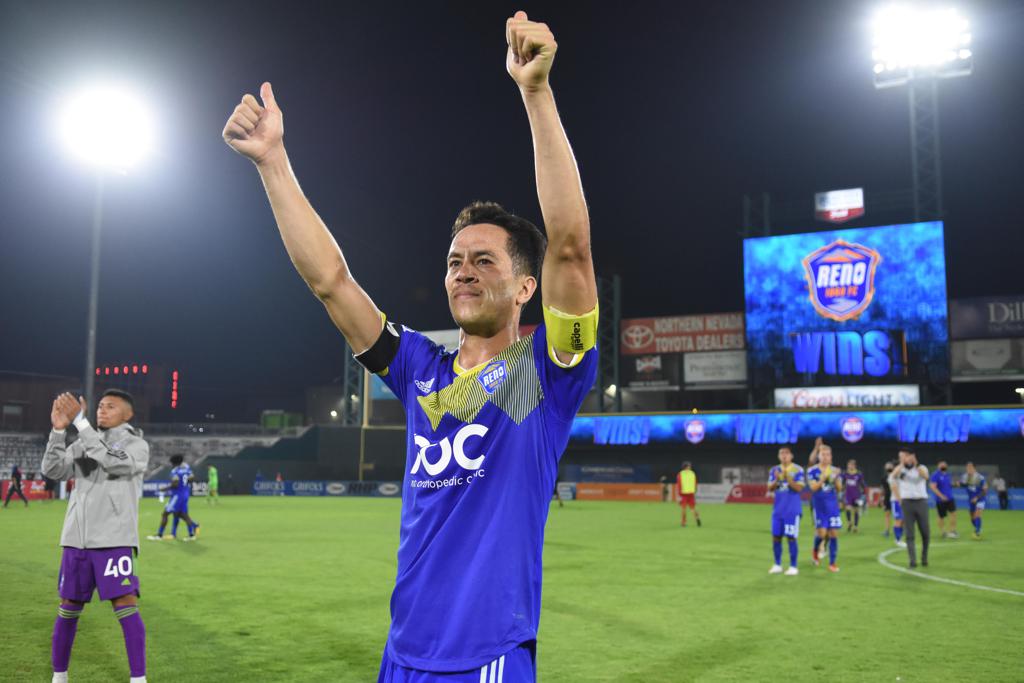 Riding a three-game winning streak, Reno 1868 FC hosts Portland Timbers 2 for the third time this season. The boys in blue have topped T2 twice this season, winning 4-1 in Portland and 5-2 in Reno for a +6 goal differential.

“You shouldn’t look at a team’s record really,” said head coach Ian Russell. “I expect these guys to come out and handle business like we’ve done before. A sign of a good team is to be able to beat teams that’re struggling.”

Reno enters the game on a roll, winning three straight including a win over Phoenix Rising FC last week. Phoenix leads Group B and is viewed by many as one of the best teams in the league.

“I think we’ve all thought we were a really good team,” said forward Corey Hertzog. “And then we knew we were one of the best teams in the west and all throughout the USL … Those two wins against San Diego and Phoenix are proving to other people that we’re on of the top teams in the west.”

Reno is back in Group A play against Portland, who enters the game still winless at 0-9-0. Last time out, Portland tied Sacramento at one in stoppage time, before giving up the game winning goal to fall 2-1.

In each of 1868’s last two wins against Portland, forward Foster Langsdorf has scored. The former Portland Timbers draft pick has scored in three-straight games, and is currently tied for Reno’s team lead with four goals.

Leading the charge during the winning streak, along with Langsdorf, has been Corey Hertzog. Hertzog has scored three times in the streak, as well as a pair of assists. The pair of forwards have combined for six goals and two assists in the last three games.

Also coming alive as of late has been midfielder Tucker Bone. Over the same last three games, Bone has scored twice and assisted once.

Key to Reno’s success has been the defense, with the unit improving greatly from 2019. Last season, the team allowed an average of 1.5 goals per game. This season, Reno’s averaging one goal allowed per game and has only allowed multiple goals once. Only six teams in the USL have allowed fewer.

Kickoff is set for 7:00 p.m. PT from Greater Nevada Field. The game will be broadcast live on ESPN+, Nevada Sports Net and ESPN Radio 94.5. More information about how to watch the game from home is available here, and information on where to participate in in-person watch parties can be found here.