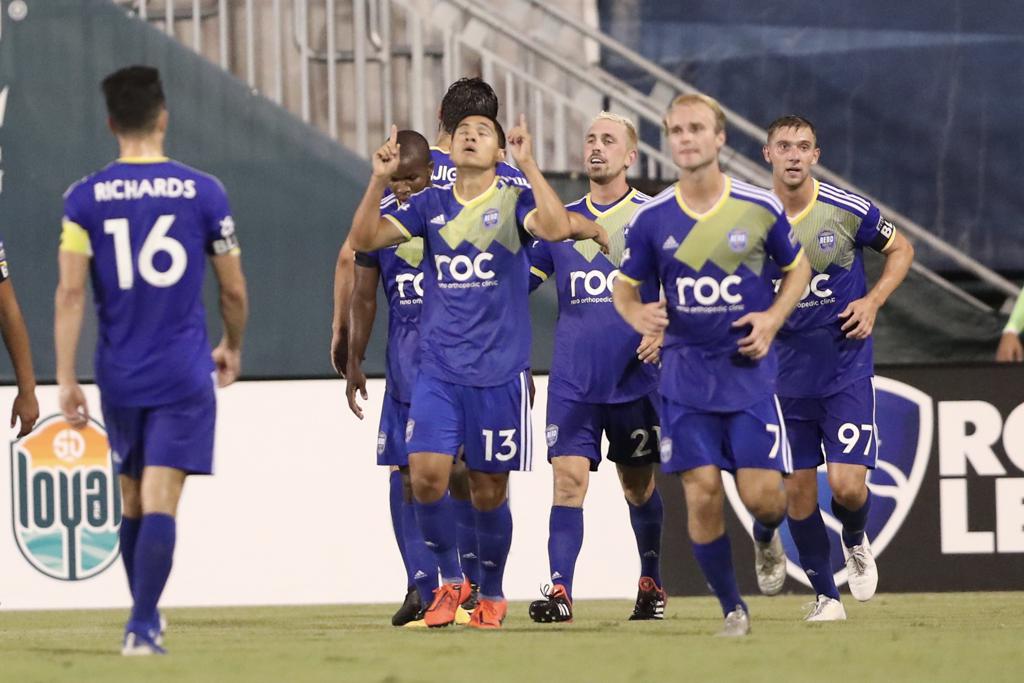 “Really good performance, I thought the first half was the best half we’ve had as a club in four years,” said head coach Ian Russell. “Really proud of the guys.”

Reno jumped out to an early lead in the 24th minute with Bone finding Foster Langsdorf for a chip over the keeper. The goal is Langsdorf’s third of the season, and first as a starter. The three goals are tied for the team lead.

After the first 45 minutes, Reno would have already crossed the 20 shot threshold.

After a slow start to the second half, Langsdorf would get the ball on a breakaway in the 62nd minute. The forward would miss the shot, but the ball deflected right to the foot of Bone who found the back of the net for his second goal of the season, with the first coming in last Saturday’s game.

After coming on in the 82nd minute, Aidan Apodaca would find the back of the net in the 85th. Corey Hertzog would find a running Apodaca, creating a breakaway and Apodaca was able to sneak the all past the keeper.

Ben Beaury would make six saves, tied for the fifth-most in club history for a single game. Beaury’s hit the six-save mark twice on the season, leading the club with 20 saves on the year.

The win keeps Reno atop Group A with 18 points on the season and a +10 goal differential.

Reno will be back in action on Saturday, hosting Phoenix Rising at Greater Nevada Field. Kickoff is set for 6:45 p.m., and the game will be streamed on Nevada Sports Net and ESPN Radio 94.5 locally, and ESPN+ nationally.