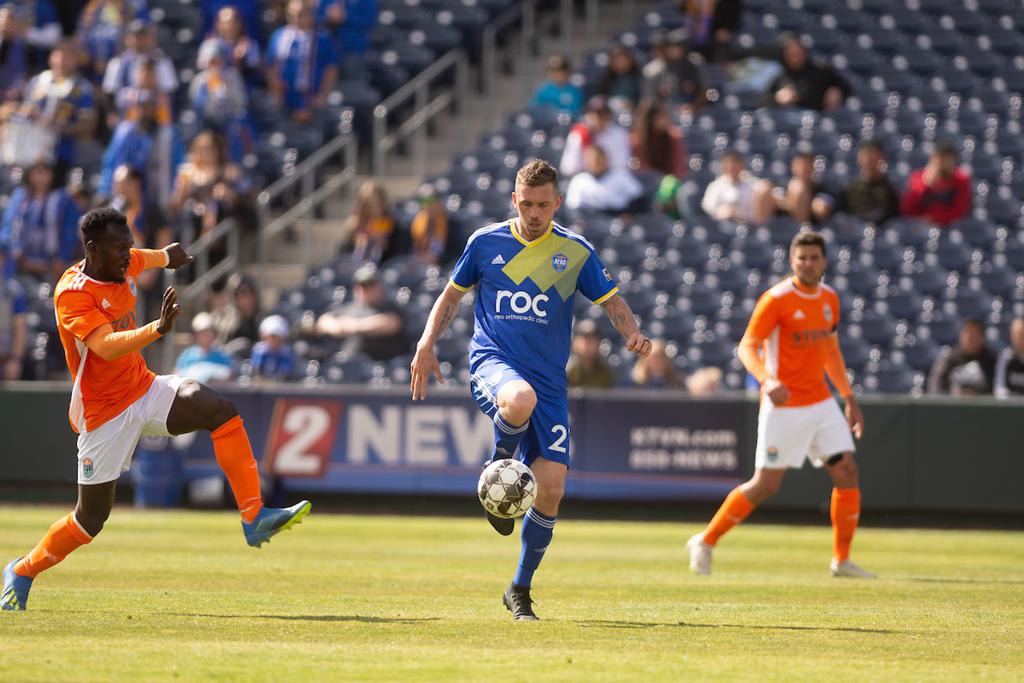 Fresh off an explosive 5-2 win against Portland Timbers 2, Reno 1868 FC heads to San Diego to take on Landon Donovan’s Loyal SC. Reno enters in first place in Group A, and looks to avenge a 4-2 loss to San Diego in February’s preseason friendly.

“Really happy that we played that game, we got a good look at them and their system of play,” said head coach Ian Russell. “Overall it’s a quality team that we need to play well to get a result against.”

Almost everything went right for Reno the last time out, scoring five goals against Portland. The attack resulted in season highs in shots, shots on goal, assists and goals. The four first-half goals were a season high as well.

San Diego has yet to win a game in August, or even score a goal. Loyal SC drew Sacramento 0-0 on August 1, and then would drop back-to-back games 2-0 to Orange County and Phoenix. On the year San Diego has only scored six goals, tied for eighth-least in the league.

The two head coaches in Saturday’s game, Russell for Reno and Landon Donovan for San Diego, have a long history together as well. Russell and Donovan won a pair of MLS Cups as players for the San Jose Earthquakes.

“It’s always interesting, I played with Landon for a long time in San Jose. I think he’s still finding himself out as a coach, there’s a lot to learn that first year. I’m sure he’s enjoying it,” said Russell. “It’s always good to compete against friends … he’s a good guy and I’m sure he’ll do well.”

Kickoff from Torero Stadium sis set for 7:00 p.m. PT, with the game broadcast on NSN and ESPN Radio locally, as well as ESPN+ nationally.