Reno looks to bounce back against Portland Timbers 2 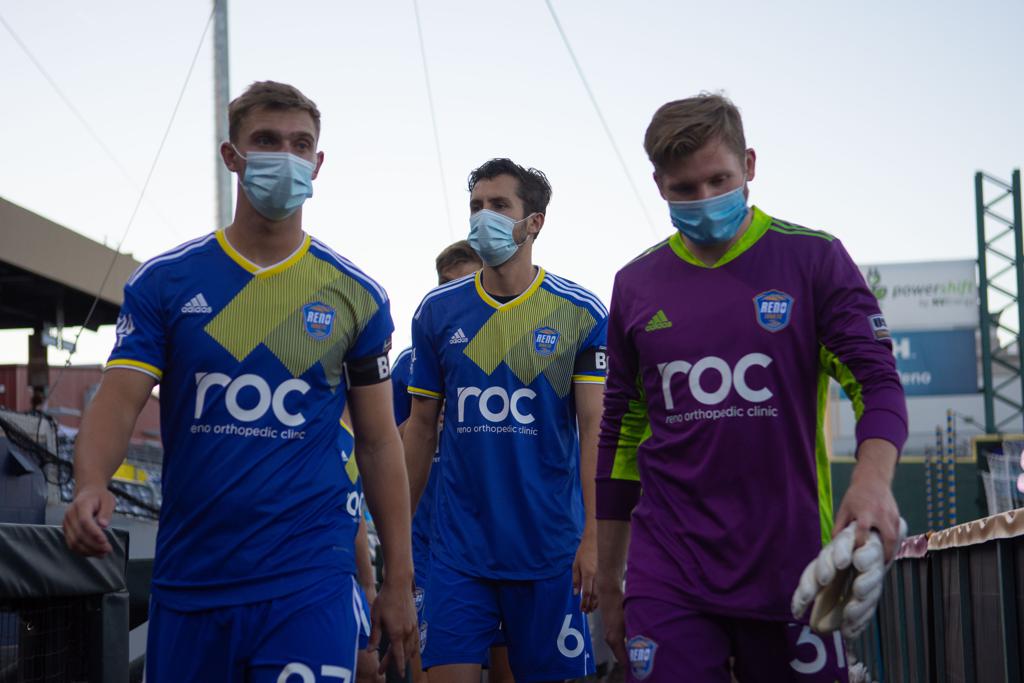 After a 1-0 loss to Sacramento on Wednesday, Reno 1868 FC is right back in action on Saturday against Portland Timbers 2. Reno will look to get back to their winning ways in the final of three home games in a week.

Despite the loss to Sacramento, Reno still sits atop the table on Group A with 12 points. Republic FC has 12 points as well, but the goal differential tiebreaker goes to Reno. Los Azules have a game in hand on Sacramento as well.

Both clubs are coming off of losses to Sacramento Republic FC in their last competition. Reno fell to Sacramento by a penalty in stoppage time of the first half, snapping a three-game winning streak. Portland fell 1-0 as well, off an own goal to keep T2 winless on the season and last place in Group A.

The two clubs have already met this season, with Reno going to Portland and leaving with three points after a 4-1 win. Leading the attack was Christiano François with a brace. The four goals were the most in a game for Reno this season, and featured a late goal from former Timber Foster Langsdorf. Langsdorf spent the last two seasons in Portland after being selected by the Timbers in the MLS SuperDraft.

The game will conclude a quick stretch of three home games within a week for Reno. Kickoff is set for 7:30 p.m. PT from Greater Nevada Field. The game will be broadcast live on ESPN+ and Nevada Sports Net, as well as ESPN Radio 94.5 and Sirius XM channel 157.