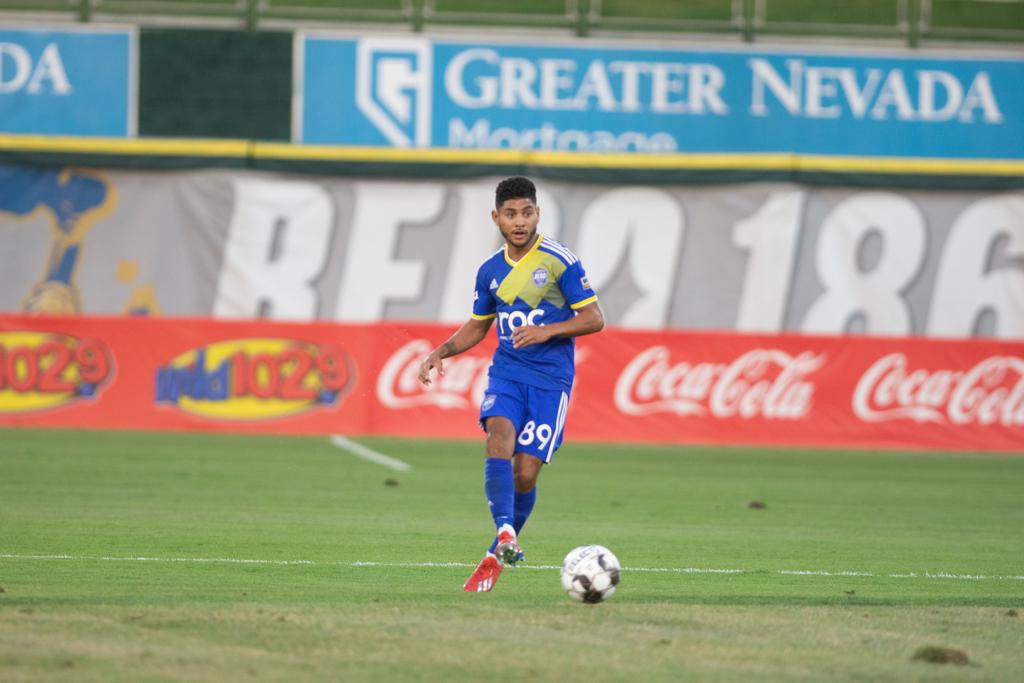 Riding a three-game winning streak, Reno hosts the only club to have beaten them this season, Sacramento Republic FC. The Donner Pass Derby rivals come to Reno with the top spot in Group A on the line, as Reno currently leads by three points.

“The guys are super confident, I can see it in the way we train,” said head coach Ian Russell. “We’ve had a good three weeks of training that’s been top class, so we’ve just got to continue.”

Reno and Sacramento first met this season on July 19 in Sacramento, in Reno’s first game back since the season restarted. After 90 scoreless minutes, Sacramento converted a penalty to take the win.

Since the defeat Reno hasn’t lost, going 3-0 with a +5 goal differential. In the same amount of time, Sacramento has gone 1-1-1, all on the road.

“I think they responded really well, to go on and win three in a row,” said Russell. “They didn’t hang their heads.”

Reno’s success during the win streak has come from the club’s defense. In the three games, rookie keeper has made 15 saves while allowing just two goals. The defensive four of Sam Gleadle, Tony Alfaro, Thomas Janjigian and Brent Richards have started every game since the restart and been solid in front of De La Cerda.

Last time out, Reno topped Tacoma 2-1 in the club’s home opener. Rookie Benji Kikanovic scored his first professional goal, and later drew a penalty that resulted in Corey Hertzog putting the team up for good. In the second half, De La Cerda would stop a penalty to secure the win.

Kickoff is set for 7:15 p.m. PT from Greater Nevada Field. The game will be broadcast live on ESPN+, Nevada Sports Net and ESPN Radio 94.5.