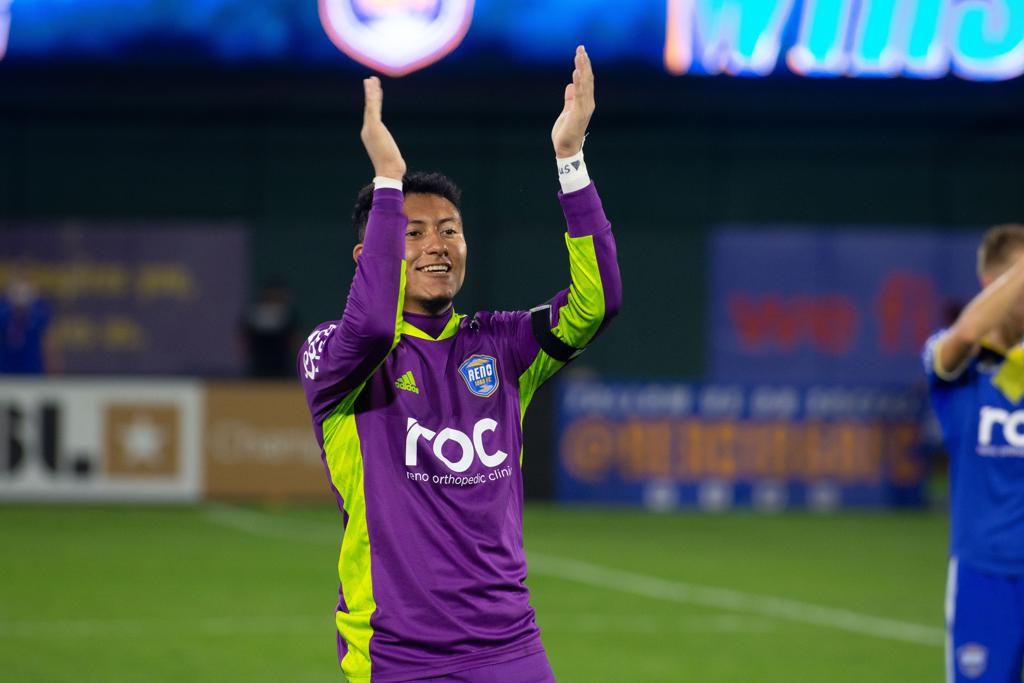 “Good win, tough win for us,” said head coach Ian Russell. “I think we could’ve put the game away right in the start of the second half, we had a one on one with the keeper. Keeper madde a good save but Benji [Kikanovic] has got to score that one to make it 3-1 and I think we cruise after that.”

The win, Reno’s third straight, gives them 12 points on the season to lead Group A. The total has them ahead of second-place Sacramento, who has nine despite playing one more game than Reno.

Reno would strike first in the 20th minute, as rookie Benji Kikanovic received the ball with his back to the goal before spinning and putting a ball past the Tacoma keeper. The goal was the first of Kikanovic’s career, coming in just his fourth game as a pro.

Tacoma would answer shortly after, with a strike in the 24th minute to level things at one, but the tie would not last for long.

In the 31st minute, Kikanovic would draw a penalty attacking inside the box. Corey Hertzog powered the penalty kick off the keeper’s hand to notch his first goal of the season and 20th as a member of 1868 FC.

The 2-1 score would hold for the remainder of the half, with Tacoma not creating any real chances until drawing a penalty in the 64th minute. De La Cerda would secure the shot however, keeping Reno in the lead for good.

“Great save by [De La Cerda] on the penalty, 19 year-old-kid,” added Russell. “Academy product from the San Jose Earthquakes, really big to see that happen.”

Reno’s defense and goalkeeping would withstand a late surge from Tacoma to leave with the 2-1 victory.

“We have a group of guys, some of them have been around for a while. Corey, Janjigian, Sam Gleadle. The new players like Tony Alfaro and Christiano François have really stepped up late to see out games.”

Reno will be right back at it on Wednesday, in a rivalry game against Sacramento Republic FC. Kickoff is set for 7:15 p.m. PT, and will be broadcast locally on NSN and ESPN Radio 94.5, and nationally on ESPN+.