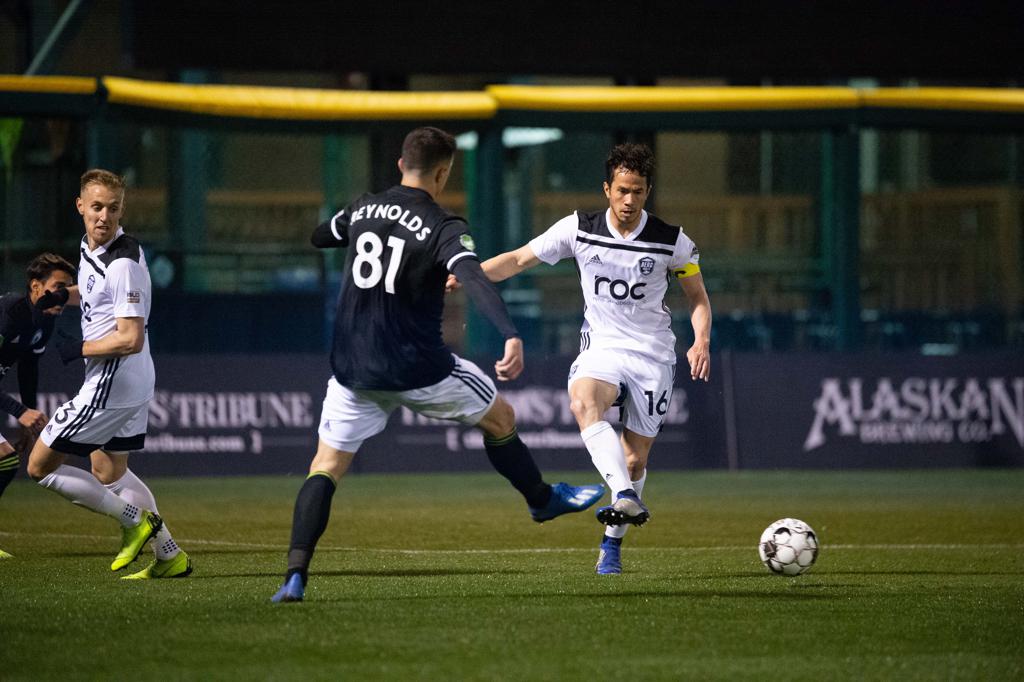 “Obviously we’re really pleased with winning three road games, it’s hard to do,” said head coach Ian Russell. “You hope to go on the road and get some type of result, a tie is usually a pretty good result, but to get three out of four is a pretty big accomplishment.”

Reno is coming off of a pair of road wins over Portland Timbers 2 and Las Vegas Lights FC with a combined score of 5-1. Midfielder Christiano François has led the charge for Reno since the restart, scoring a brace against Portland and assisting on Brent Richards’ game-winning goal against Las Vegas. For his efforts, François earned USL Player of the Week honors.

Tacoma has been hot since the restart, going 2-0-1 since COVID-19 suspended the season. Back-to-back wins have Defiance second in Group A, and just two points behind Reno for first.

Reno and Tacoma have already met this season, with Reno winning 3-1 in Tacoma before the season suspension. The last time Defiance came to Reno, the boys in blue won 5-0 behind four goals from Danny Musovski.

Reno’s early season success has been led by the defense, in contrast to the club’s usual high-flying offense. Through four games, Reno has allowed just three goals and shut out Las Vegas. A pair of new keepers have been instrumental in the success. Rookie Eric De La Cerda was responsible for the shutout against Lights FC, notching six saves in just his second start. Fellow keeper Ben Beaury recorded six saves as well in his start against Sacramento, allowing just one goal.

“Coming into the game I was a lot more at ease, going into Wednesday’s game obviously
the nerves were there being my first professional game and all,” said De La Cerda. “Talking to players days in between and leading up to Saturday guys were talking to me and motivating me. Telling me ‘you’ve got what it takes to play in this league and at this level.’ Obviously that helped me and kind of eased my mind going into Saturday’s game.”

Saturday’s game will be played without fans, but will include posters made by club supporters. Posters can be dropped off at the Greater Nevada Field team shop from noon to 6 p.m. PT on Friday.

“We wish we had fans, that’s going to be very different but we are at home, we love the field,” said Russsell. “We’re at altitude, we like to play at altitude. Actually we like playing in areas that don’t have altitude as well because we feel more fresh, so there’s a double bonus there.”

Kickoff is set for 7:15 p.m. PT from Greater Nevada Field. The game will be broadcast live on ESPN+, Nevada Sports Net and ESPN Radio 94.5.