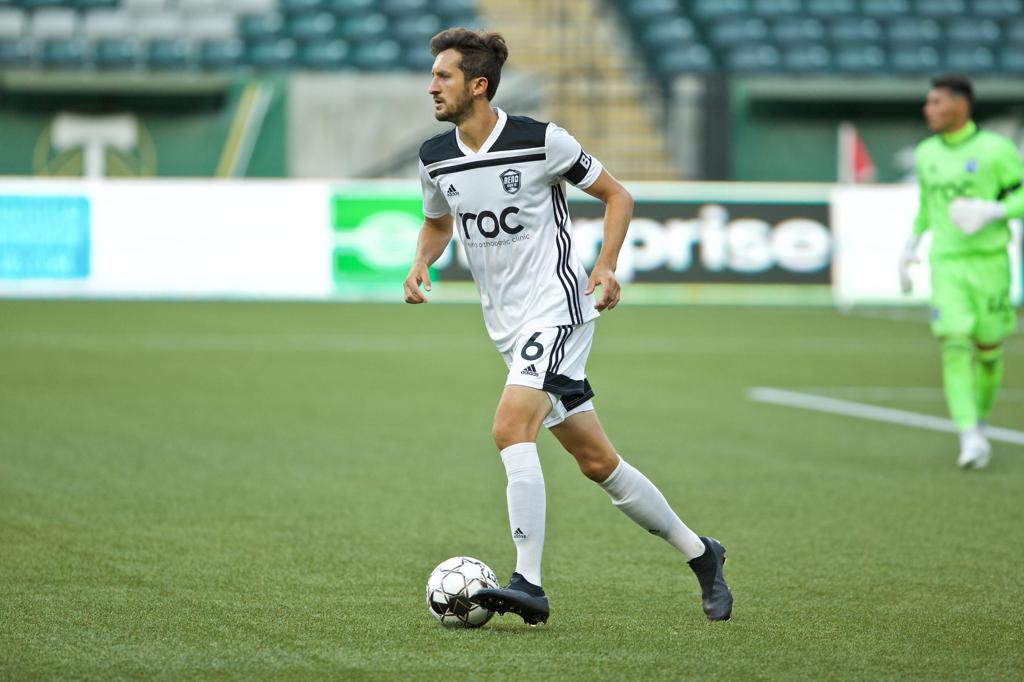 Fresh off a dominant 4-1 win over Portland Timbers 2, Reno heads to Las Vegas to take on Lights FC in the first Silver State Cup game of 2020. Reno has never lost to Las Vegas, and enters play with a one-point lead on Sacramento for first in Group A.

“We came into it as the game went along, started creating chances and found some good stuff down the flanks on Christiano [François] and Sam [Gleadle]’s side,” said head coach Ian Russell. “I think we got after them on the flanks, and then the middle started to open up after we did that. We had a lot of good performances.”

Last time out, Reno saw an offensive explosion led by midfielder Christiano François. The speedy Haitian product scored twice, and was a handful on the left side through the entire game. Los Azules added goals from midfielder Sergio Rivas and forward Foster Langsdorf to cap a stellar performance.

Reno has had plenty of success against Las Vegas, going 3-0-2 against Lights FC all time. Last season, Reno took the Silver State Cup for the second-straight year with a pair of shutouts. Las Vegas hasn’t scored on Reno since August of 2018.

Las Vegas has plenty of faces familiar to Reno. Defender Jordan Murrell spent two seasons in Reno, where he moved into the top 10 in club history in starts and appearances. Heading into the game, he is tied with current defender Brent Richards for the third-most appearances as captain in club history.

Midfielder Raul Mendiola, who spent last season in Reno, is back in Las Vegas as well after starting the 2020 season in San Diego. In 2019, Mendiola led Reno in assists.

Even the two head coaches have plenty of history. Russell played for new Lights FC coach Frank Yallop in San Jose, and served as an assistant coach under him. Yallop took over for former coach Eric Wynalda shortly before the season restarted, losing his first game at the helm.

Kickoff is set for 7:30 p.m. PT, with the game being broadcast nationally on ESPN+ and locally on Nevada Sports Net and ESPN Radio 94.5.