Reno has not played in 134 days 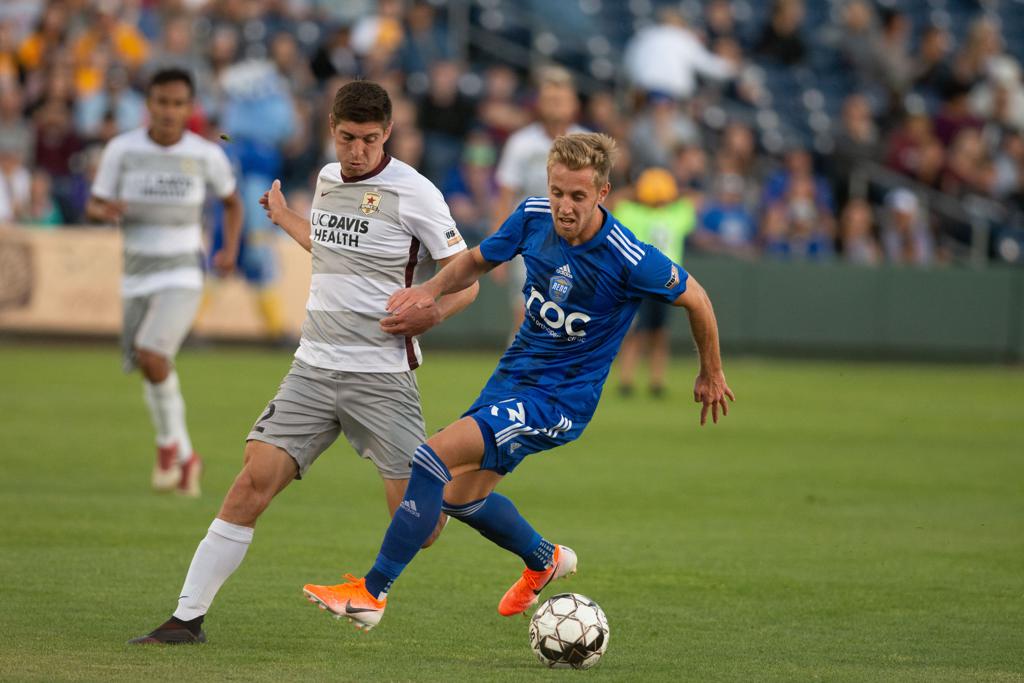 Reno 1868 FC restarts the 2020 campaign on Sunday after a 134 day suspension due to the COVID-19 pandemic. The Boys in Blue will be facing a familiar foe in Donner Pass Derby rival Sacramento Republic FC.

“Training has been really good the last two or three weeks. We’re fit,” said head coach Ian Russell. “It’s going to take a bit to get game fit but everyone else is in the same boat … I think everyone’s ready to go.”

Before the hiatus, Reno opened the season at Tacoma and came away with a 3-1 come-from-behind win. The three points give Reno a one point lead on Sacramento for first place in Group A, with the top two teams advancing to the playoffs at the end of the season.

Kickoff is set for 6:00 p.m. PT, with the game being broadcast nationally on ESPN2 and locally on ESPN Radio 94.5.