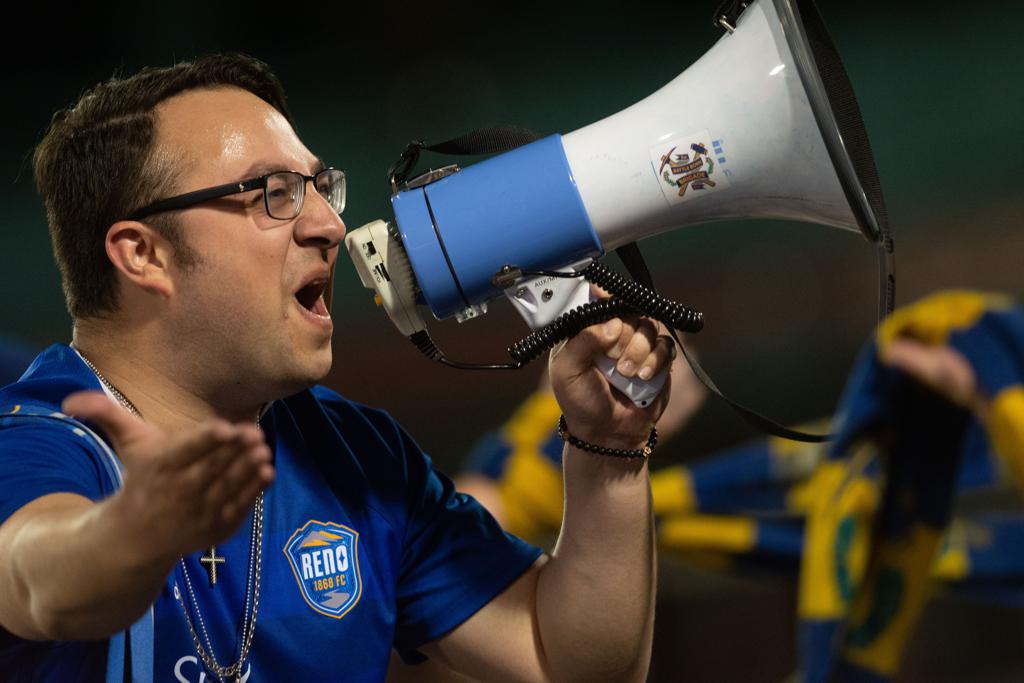 RENO, Nev. – Reno 1868 FC has reached an agreement with ESPN Radio 94.5 to air all 2020 games. The 15 remaining USL Championship games will be called by Reno Aces broadcaster Zack Bayrouty.

“We are so excited to have 1868 games on a high quality radio station, it’s going to be another great opportunity for the community to witness the high level of professional soccer our club competes at,” said 1868 general manager Doug Raftery. “With all games on the radio and, our fans now have an opportunity to listen to the action on the field.”

“We are thrilled to work with Reno 1868 FC to bring live sports back to ESPN Radio 94.5 FM. Since the club was founded in 2017, Lotus Radio Corp. has been a huge supporter of Reno 1868 FC. Not only are we looking forward to broadcasting the games this season, we are excited to strengthen our relationship with the club and our local sports community,” said Lotus Radio Corp. general manager Mike Murray. “Like everyone, we’ve missed having live sporting events on the air. There is no better way to kick off the return of live sports than to air Reno 1868 FC this Sunday!”

Reno’s 2020 schedule gets re-started on Sunday with a Donner Pass Derby match against Sacramento Republic FC. The 6 p.m. PT kickoff will be in front of a national TV audience on ESPN2, and the local radio audience on ESPN Radio 94.5.