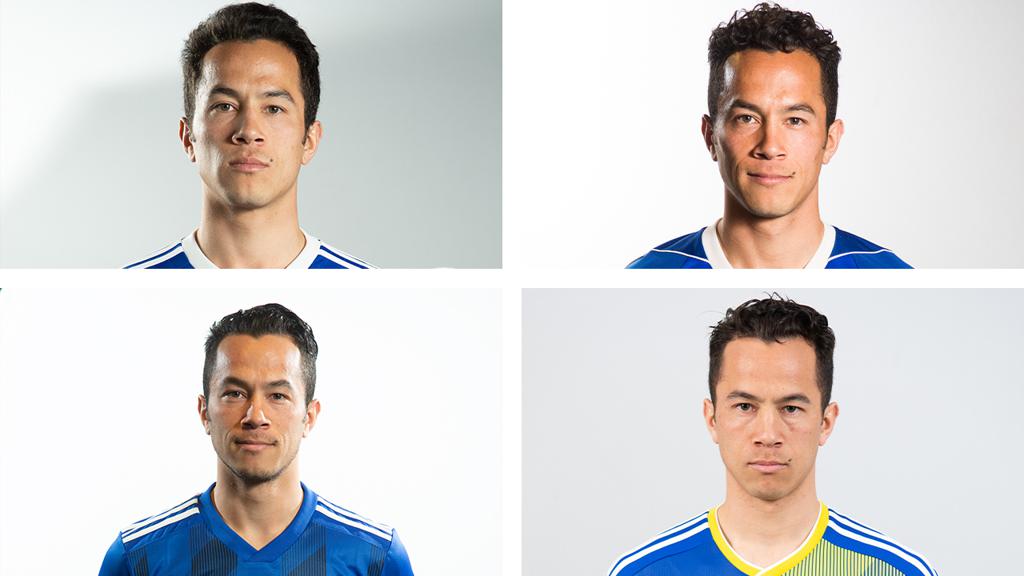 To say Brent Richards is important to Reno 1868 FC may be an understatement.

The club has played 104 USL games since its inception in 2017, and 90 of them have featured the defender from Portland. Of those 90, 87 were starts. No one has ever appeared in more games with the club – only Seth Casiple has come close. The midfielder played in 85 games, starting 83 for Reno before signing with Orange County this past offseason.

“I’m thankful that Ian’s put that kind of trust in me that he keeps putting me out,” said Richards. “I’ve grown with the club; not all of those 90 games have been good, I’ve had some bad ones but I’ve learned from the bad ones. They trust me to learn and have more good games than bad.”

After Richards and Casiple, no one has started more than 62 games for the club. The next closest active player is Matt Bersano, who boasts 58 appearances (all starts). Only Richards and Bersano have started all four of Reno’s playoff games as well.

Playing primarily at outside back, the former University of Washington forward is fourth all-time in assists for Reno with 13. Last season in a win over Tacoma Defiance, Richards tied a USL record with three assists in the same game – all to Danny Musovski.

Last season, Richards stepped into a new role with the club: captain. Midway through the season, Richards became the eighth different player in Reno history to wear the armband. Richards finished the season with 11 appearances as captain under his belt, forcing him to be more outspoken than he had been in his first two seasons in Reno.

“There’s definitely things I want to try and emulate from leaders I’ve played with in the past, they all brought different things to the table. I try and do things that I liked that they did, but I have a different personality so I’m not going to be who I’m not, I try to be myself and better myself through the process,” said Richards.

“I felt like being one of the guys that’s been around and having games under my belt meant I was already leader some way. I’ve embraced it, it was a role I wanted to have.”

As the calendar switched from 2019 to 2020, the Reno roster got plenty of new blood. Casiple and Lindo Mfeka, who had held down the midfield since 2017, have left. Brian Brown, the club’s all-time leading goalscorer, was transferred in July. Defenders Duke Lacroix and Zach Carroll, sixth and eighth all-time in appearances, respectively, have left. At the start of the 2020 season, five of the top 10 in caps are elsewhere after all starting 2019 in Reno.

But Richards keeps coming back to Reno.

“Back in 2017 I knew my time was coming to an end in Portland, and Reno was a new club so I wanted a fresh start. Ian and I had a UW connection, and it seemed like a good opportunity. Each year we’ve had a lot of success and I’ve played a lot so that’s good for me personally. I enjoy Reno and the team and that makes it an easy decision every year to come back.”

Richards has been in Reno as the club reached the playoffs in each of its first three seasons, a feat only five other clubs have accomplished. He’s been in Reno as head coach Ian Russell and company won 51 games in three years, tied for the most in USL history through a club’s first three seasons. No one else has racked up 7,761 minutes for Reno. No one else is Brent Richards.