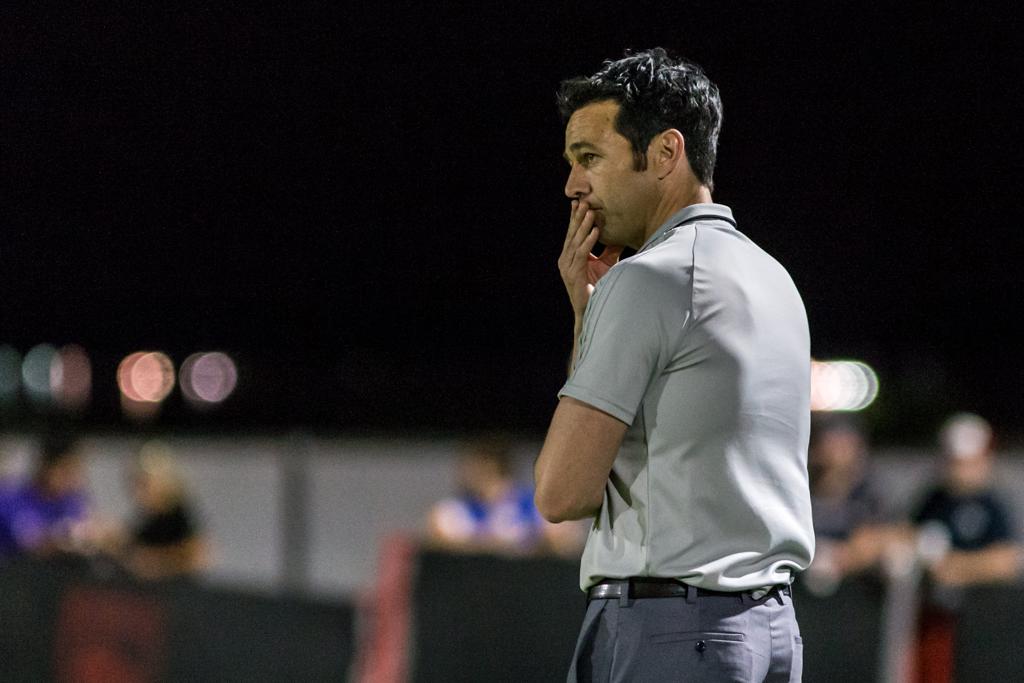 Three years ago today, Reno 1868 FC kicked off in their sixth-ever USL game. The new squad was off to a slow start, to say the least. Through the first five games in club history, Reno was 0-3-2. The new kids on the block had been shutout twice, and managed just six total goals, allowing 14.

On May 6, 2017, in Phoenix, Arizona Ian Russell’s squad picked up its first win.

Despite taking longer than anticipated, the win proved the first of many. Russell has won 52 games since, and the 51 wins to open a club’s first three years are a USL record. Russell has guided the club to the playoffs in each of his three full seasons at the helm, and has twice been named a USL coach of the year finalist.

But none of that was known at the start of May in 2017. But just two minutes into the game against Phoenix Rising, forward Dane Kelly opened up the scoring in a lopsided victory.

Kelly recorded the first hat trick in club history, striking early with two goals in the first 10 minutes. The electric performance was the first of an incredible month for Kelly, who would end the season as a Golden Boot winner and league MVP. Just two weeks later, Kelly would earn another hat trick. In May of 2017, Kelly scored in every game.

Kelly is one of just three players in club history to score three or more goals in a game, and the only one to do it twice. Kelly’s 18 goals in 2017 would serve as the club record until October of 2019, when Corey Hertzog scored his 19th of the year.

On the other end of the pitch, Matt Bersano was responsible for the club’s first ever clean sheet. Although the keeper only had to make two saves on the night, he would go on to keep eight more shutouts. His record for nine shutouts in a season still stands, with his six in 2018 serving as second.

For his career, Bersano leads the club in clean sheets (21) and saves (171). Bersano also joins Brent Richards as the only player in club history to start all four playoff games in Reno’s history. The keeper’s 58 career starts are the seventh-most in club history.

Looking back, the 1868 lineup was loaded with talent. Besides Kelly, the USL’s all-time leading scorer and Jamaican national team player, the starting 11 included four future MLS players. Most notably, midfielder Jackson Yueill. Since 2017, Yueill has started 56 games for the San Jose Earthquakes, scoring three goals and even appearing with the US Men’s National Team.

Reno’s captain on the night, Jimmy Ockford, went on to start 11 games in MLS. Kip Colvey started as well, and went on to start three games for the Colorado Rapids and appear with the New Zealand national team. Despite not starting any MLS games yet, Matt Lagrassa signed an MLS contract with Nashville SC in November of 2019.

Scoring and assisting on the night was Chris Wehan, who would find himself an all-league first team selection and rookie of the year by season’s end.

The 4-0 win was the first of three consecutive wins for Reno, and the second leg of a five-game unbeaten streak. The squad would go on to win 17 games on the year, racking up 59 points and earning a home playoff game. The club’s 10-2-5 home record is the best for a season in club history,