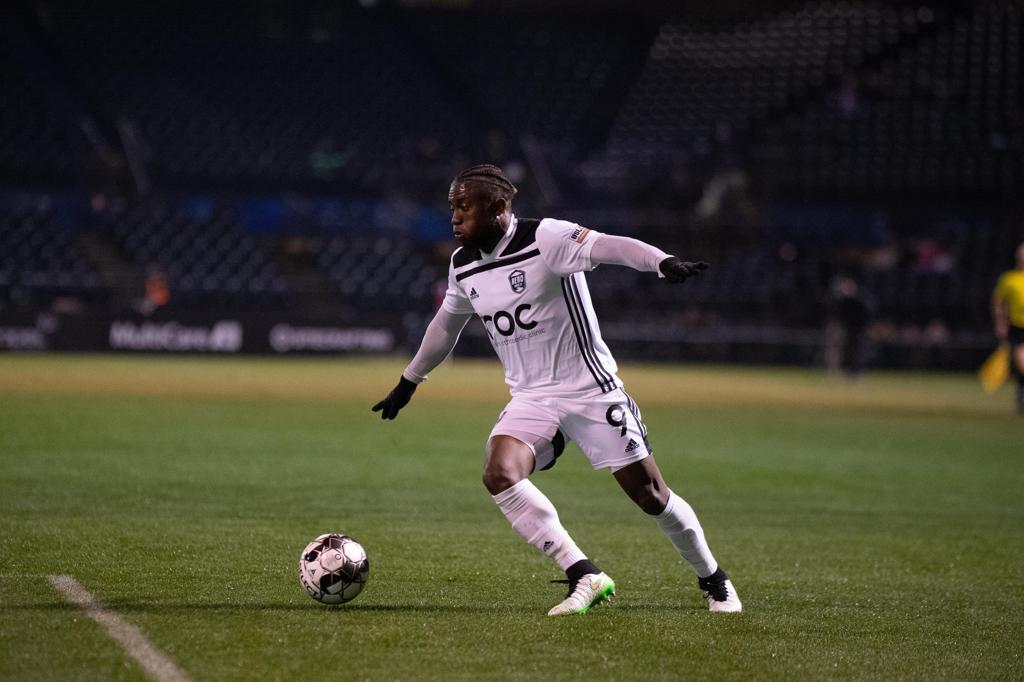 RENO, Nev. – Reno 1868 FC rode an electric second half to come back from a halftime deficit and win the season-opener 3-1 tonight. The victory, over Tacoma Defiance, featured a goal and an assist from Christiano François in his Reno 1868 debut.

“I thought we started a little slowly and they had some chances. I think about 20 minutes in we started to get control of the game, and kept on edging our way in,” said head coach Ian Russell. “Even though we were down I felt we would come back and have a good result.”

Tacoma struck first with a 26th minute strike by Christopher Hegardt to make it a 1-0 game. The Tacoma lead would last through the end of the first half, but Reno would catch fire in the second half to take the lead.

“I think we have some good leaders,” added Russell. “And some of the new guys stepped up.”

The three-goal run started in the 56th minute with a beautiful through ball by Eric Calvillo, finding Jack Skahan from just inside of midfield to even the score at one goal each. The goal marked firsts for both Calvillo and Skahan. Calvillo’s assist was his first in 20 career USL appearances, and Skahan’s goal was his first professional goal in his first career start.

Not much later, François would clean up a saved Corey Hertzog shot to give Reno the lead. The 74th minute goal was the winger’s first with Reno after joining the club this offseason.

“I thought François was good,” said Russell. “He’s so explosive, he’s going to give teams a lot of problems this year.”

François wasn’t done for the night however. The Haitian would find Gilbert Fuentes for a third and final goal in the 87th to ice the game, and give Fuentes his first career USL goal.

The second half onslaught included 10 shots to Tacoma’s two, with six of the shots being on target.

Reno’s win marks the first time ever the club has won the season opener, and gives the club early possession of the USL standings lead.

The boys in blue will be back in action next week, with the regular-season home opener coming on Saturday against Oklahoma City Energy FC. Kickoff is set for 6:15 p.m. PT from Greater Nevada Field, with tickets available here. The game will be broadcast on ESPN+, and Nevada Sports Net locally.