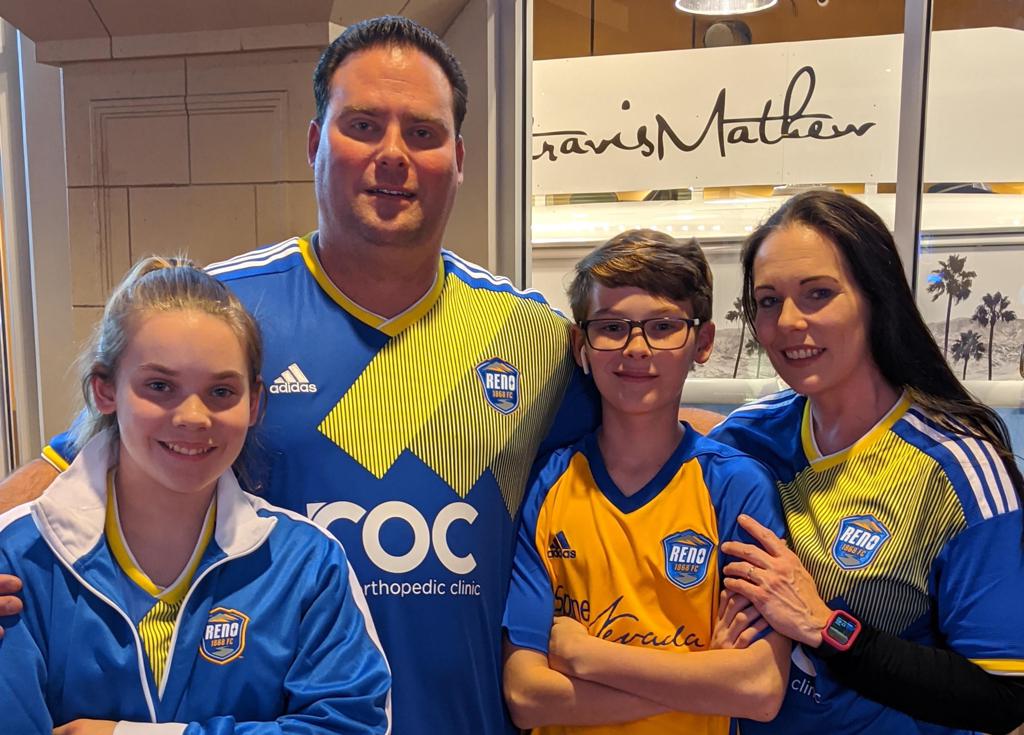 The Goodman family has missed only one home match in Reno 1868 FC’s history.

Sharon Goodman and her family are avid Reno 1868 soccer supporters who have been with the club since day one. The family attended their first soccer match in 2017 when a co-worker told Sharon about the club. The Goodmans decided to attend a soccer match since they have no plans and were hooked instantly. The very next day, the family of four became Season Members to show their support for the new hometown team. The obsession with soccer didn’t stop there.

With a 14-year-old and a soon to be 12-year-old, attending the soccer matches give the Goodmans something to do as an entire family. 1868 FC matches are a way for Sharon and her husband to connect with their children while they still want to hang out with mom and dad.

The Goodmans moved from Florida to Reno a couple of years ago, and through the soccer community, they developed a friendship with supporter groups and other fans. According to Sharon, the family can’t go anywhere in town without running into someone they know.

Sharon and her family are a part of the Douglas Alley Renegades, which is an official supporters group recognized by Reno 1868 FC. For their game-day ritual, some of the Renegades attend Corey Hertzog’s smoothie day at Keva Juice to pregame and talk about player statistics.

“Our favorite thing to do is to get statistics on the opponent goalkeeper and get into his head a little bit,” Sharon said. “We just make sure we are as loud as we can possibly be with our support during the game,” Sharon explained.

For the 2020 season, the Goodmans are excited about the new players who have joined the team. According to the family, Tucker Bone and Christiano François, also known as the Cheetah, are players to keep an eye on.

“I think there is a whole dynamic from some of the new players, and we are very excited to see that play out on the field,” Sharon explained.

When asked about their favorite players, the family agrees they have a soft spot for Sam Gleadle, Brent Richards, and Corey Hertzog.

“We have lost a lot of players that we have loved,” the husband said. “We are still in contact with Jordan Murrell, Matt LaGrassa, and Russel Klabough.” To this day, the Goodmans are still close to former Reno 1868 players because they are like a second family.

A favorite memory of the Goodmans happened a few years ago after the team lost a big match.

"The team was walking off all bummed out, and they saw us and our kids," the husband explained. "They ran over and jumped over the wall and gave our kids' hugs. It was unbelievable."

Sharon believes this is why having a personal connection with the players is so important. The family feels like part of the team’s success is a result of their ongoing support by attending every match.

“We have been so successful in USL, which makes us feel like our attendance is important,” Sharon said. “It feels like we’re helping them win by celebrating, and we push them to achieve those goals and records.”

Regardless of the weather, time of day, or situation, everyone can expect the Goodmans to make an appearance in the Rage Cage during the upcoming match against OKC Energy on March 14, 2020, at Greater Nevada Field. 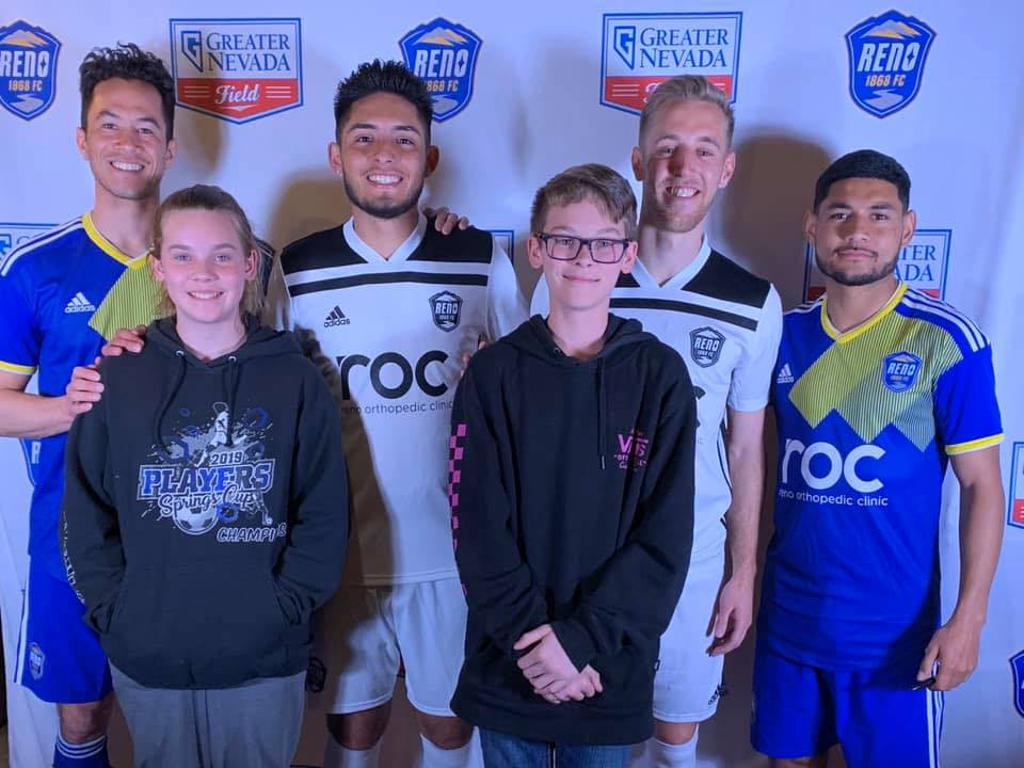