Get to Know: Midfielder Tucker Bone 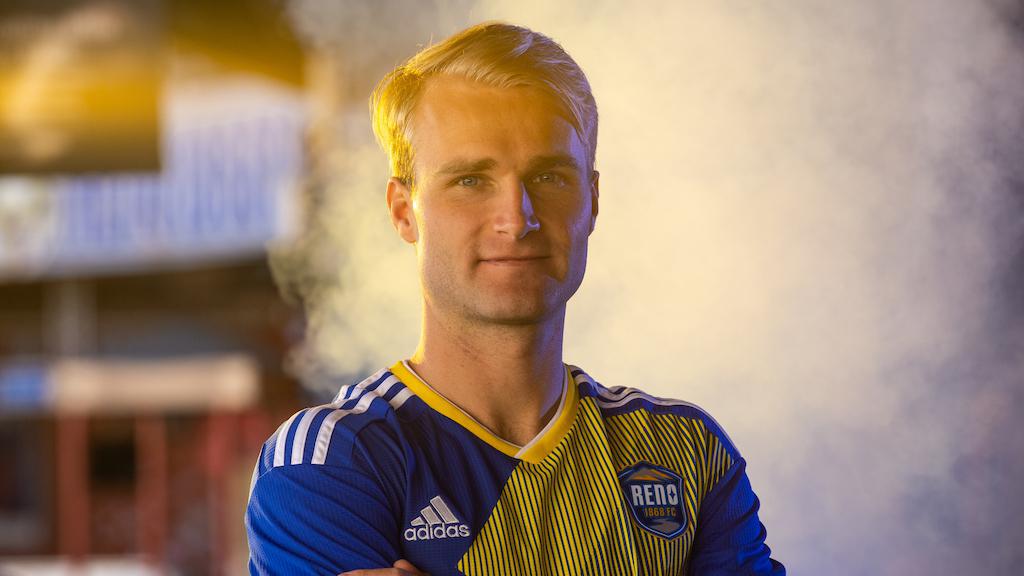 Reno1868FC.com recently sat down with Tucker Bone to learn more about the midfielder.

Bone started his professional career in 2019 with the Colorado Springs Switchbacks after he graduated from the Air Force Academy in 2018. While playing collegiate soccer, Bone was named Western Athletic Conference Player of the Year in 2016 and USC First Team All-American in 2017 and 2018.

Who are the soccer players you watched or you admired growing up?

I watched a lot of Ronaldinho, Lionel Messi, Cristiano Ronaldo. They were  who I thought were the best players in the world. I watched their highlights and I would take things from that which I would bring into my own game.

Do you have any teams in Europe that you currently follow or watch on a regular basis?

Right now, probably not as much as I should be. I do consider myself a fan of Bayern Munich FC

For our fans, what can they expect from you this season?

I hope they enjoy the hard work that our team is putting forth as a whole. Hopefully, I will be showing them some flashy tricks, maybe get some “Oohh’s” and “Aahh’s” and pleasing them with that. Also, scoring goals and getting assists, every fan loves that.

Who is your biggest supporter?

I would say my biggest supporter is my brother. Over the years, he has looked up to me and has supported me and followed me quite a bit.

What is the last show you binge-watched on Netflix?

The last show I binged-watched on Netflix was the thriller You. I watched all two seasons pretty quick because it is a good show. If you haven’t seen it yet, definitely go check it out.

Do you have a favorite memory from traveling?

Yeah, I do. After one year of preparatory school, before I started college, I traveled with my family over to Europe. We checked out four countries and four different cities. It was really cool we did Paris, Rome, Munich, and Salzburg. It was a really fun trip.

If you weren’t playing soccer, what would you be doing instead?

If I wasn’t playing soccer, I would be a pilot in the Air Force.

If you could master any skill, what would it be?

Oh man, dancing for sure. I am a terrible dancer.

But do you have a go-to dance move?

Definitely not *laughs*, but a standing backflip if you consider that a dance move.