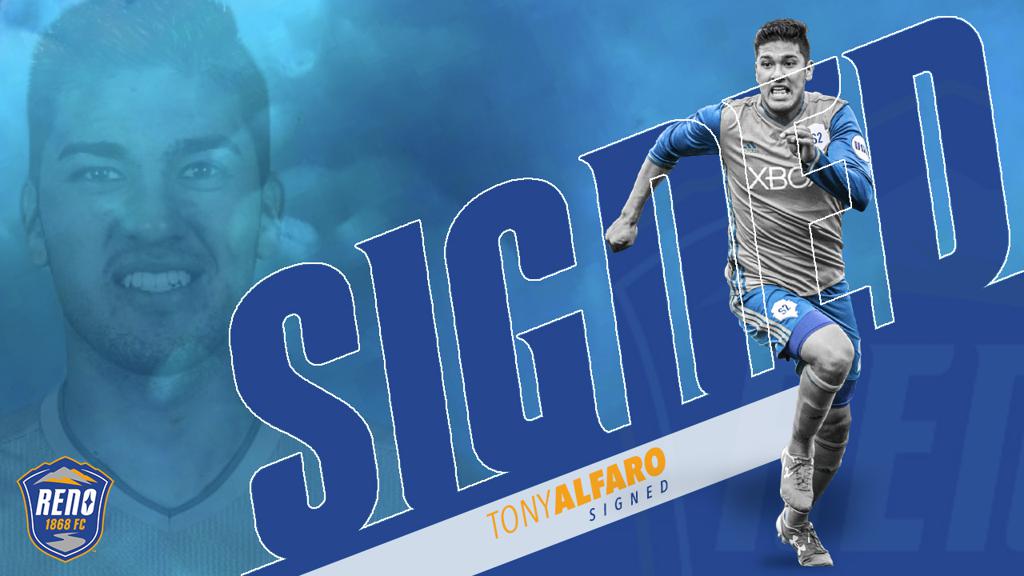 “Tony brings a good level of experience, he’s played at a very high level from MLS to Liga MX,” said head coach Ian Russell. “He’s very technical on the ball, but is also very tough in the challenge. He brings a lot of leadership to the locker room in terms of his playing resume. We’re very glad that he’s here in Reno.”

Alfaro appeared in 25 games for Seattle, starting 12 and racking up over 1,300 minutes played. The native of Michoacán, Mexico appeared in six games as a rookie in 2016 as Seattle would go on to win the MLS Cup. Alfaro’s most productive MLS season came in 2017 when the center back started eight games.

From 2016-2018, Alfaro appeared in 37 games for Seattle Sounders 2 (now Tacoma Defiance) of the USL Championship. With Sounders 2 in 2016, Alfaro scored two goals and notched an assist in 20 appearances.

With the signing, Reno’s 2020 roster stands as follows: