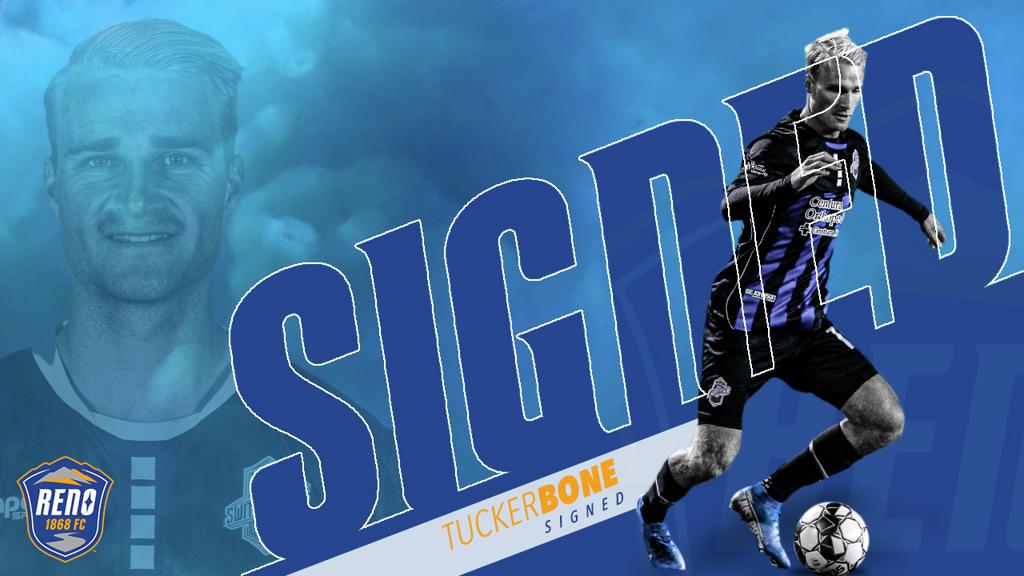 RENO, Nev. – Reno 1868 FC has signed midfielder Tucker Bone for the 2020 season, pending league and federation approval. Bone spent the 2019 season with Colorado Springs Switchbacks FC after being drafted 20th overall by the Seattle Sounders in the 2019 MLS SuperDraft.

"Tucker Bone’s a player we’ve followed for a while,” said head coach Ian Russell. “He was a player that we wanted to draft last year, but he was picked before we got to him.”

"He’s very mobile and versatile, he’s a player that covers a lot of ground. What I think stands out is he’s very good going forward," said Russell. "He will create a lot of chances for us, he scored a lot of goals and earned a lot of assists in college.”