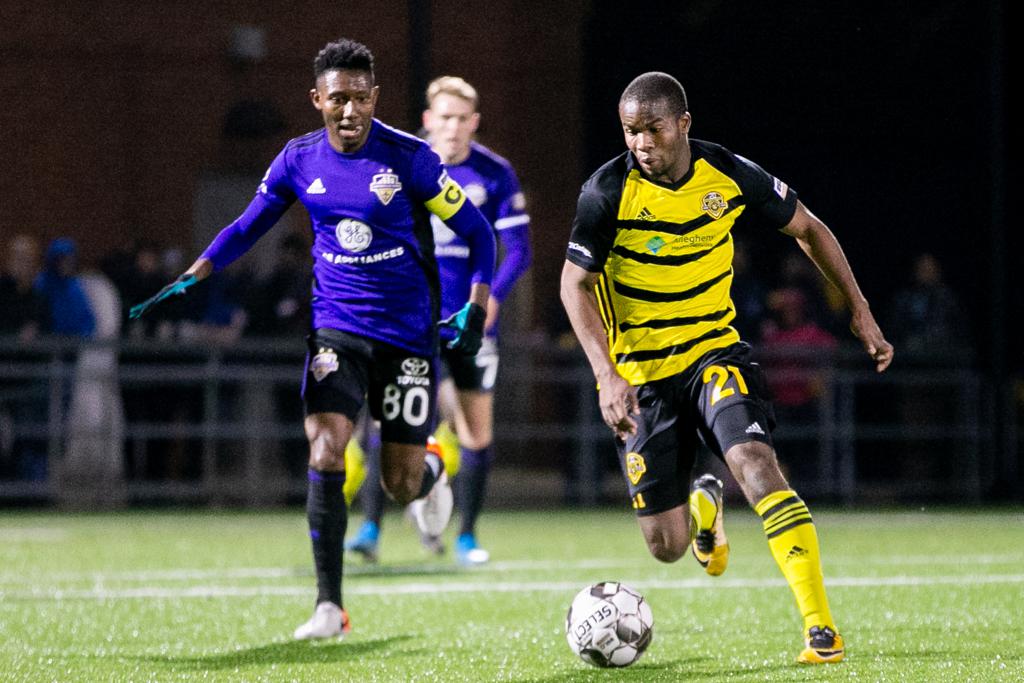 “Dabo’s a player that covers a lot of ground in the midfield,” said head coach Ian Russell. “He can play multiple spots with his athleticism and quickness, and he’s very technically skilled.”

Dabo led Pittsburgh in tackles in 2018, with 80. Over two years with the Riverhounds, Dabo appeared in 48 matches, starting 35.

“He possesses a lot of ability in the middle of the midfield,” added Russell. “He’s not only an excellent ball-winner with pace and quickness, but he is also very technical on the ball.”

Prior to his time in Pittsburgh, Dabo was in the Inter Milan youth system from 2013-15. Dabo represented Senegal as a member of the U17 team, earning five caps and a goal.

“He has played all three central positions, from the six and eight to the 10,” said Russell. “We’re looking forward to adding him to our squad.”