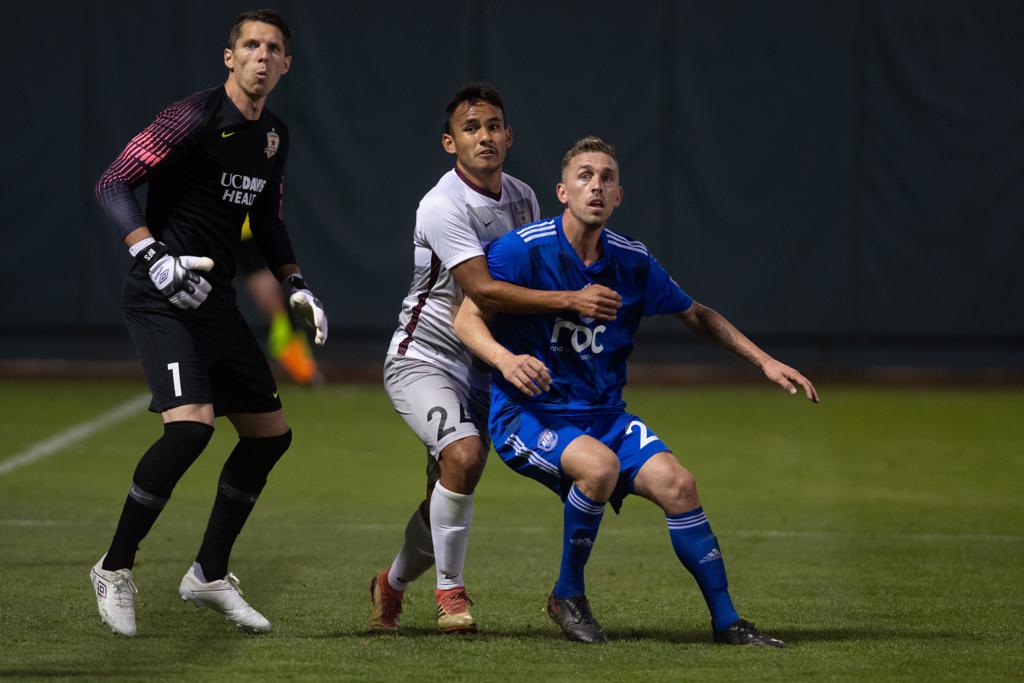 “It was a tale of two halves. First half I thought we played well,” said head coach Ian Russell. “Should have had some more goals. Second half we did not play very well. There wasn’t enough movement and they punished us for it.”

Los Azules scored first, with Hertzog capitalizing off of a poor pass back to the keeper in the fifth minute.

Sacramento would respond with a goal in the ninth minute goal, and despite Reno controlling possession 64% to 36%, the half would end tied 1-1.

The second half would be all Sacramento, with Republic FC adding two late goals in the 70th and 75th minutes to make the final score 3-1.

“Credit to them,” said Russell. “They played a good game.”

Matt Bersano started in goal, joining defender Brent Richards as the only players to start each of Reno’s playoff matches in club history.

Despite bowing out of the playoffs, 2019 marked the best regular season in club history. 1868 set club records in points and wins, and finished the regular season higher than either of Reno’s previous two seasons.