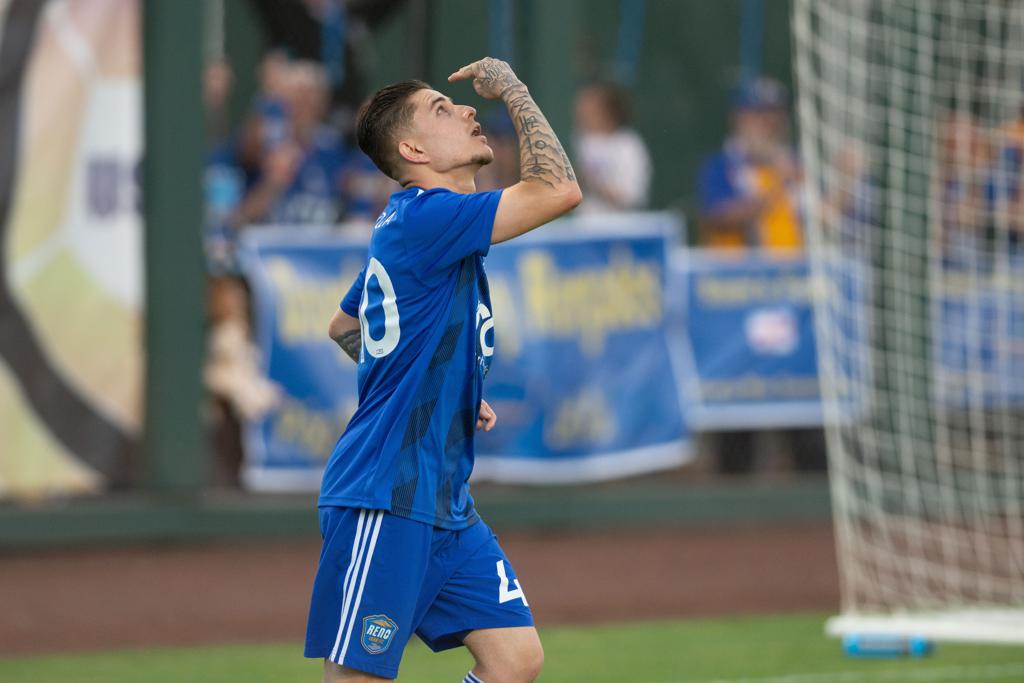 RENO, Nev.– More than a month after clinching a playoff spot, Reno 1868 FC will open up their 2019 playoff campaign this Saturday against Sacramento Republic FC in the USL’s Western Conference Quarterfinals.

Reno is coming off of back-to-back wins, and has yet to lose a match in the month of October. Los Azules have shutout their opponent in the last three matches, including a 3-0 win over Tulsa in the season finale.

Sacramento won a play-in match on Wednesday over New Mexico United, their first win since Saturday, October 5. The club fell in its final two matches to finish the season 14-14-6, earning the seven seed in the west.

Reno and Sacramento have faced off twice this season, with Reno winning both by scores of 4-1 and 2-0. Through three years, Reno has lost to Sacramento just once, falling 2-1 at home last August. Reno owns a 5-1-1 all-time record with a +8 goal differential.

Reno head coach Ian Russell has MLS Cup experience, winning in 2001 and 2003 as a player with the San Jose Earthquakes.

If Reno advances, the club will host the winner of Fresno and El Paso on Saturday, November 2 at 5:15 p.m. PT.

Kickoff from Greater Nevada Field is set for 5:15 p.m. PT, with gates opening at 4:15 p.m. PT. A pre-match party will begin at 3:15 p.m. PT and include food and drink specials, live music and a chance to win autographed team gear. Tickets are available at reno1868fc.com/playoffs, or by calling the box office at (775) 334-7000. For those unable to make it to Greater Nevada Field, the match will be streamed on ESPN+ and broadcasted locally on Nevada Sports Net.