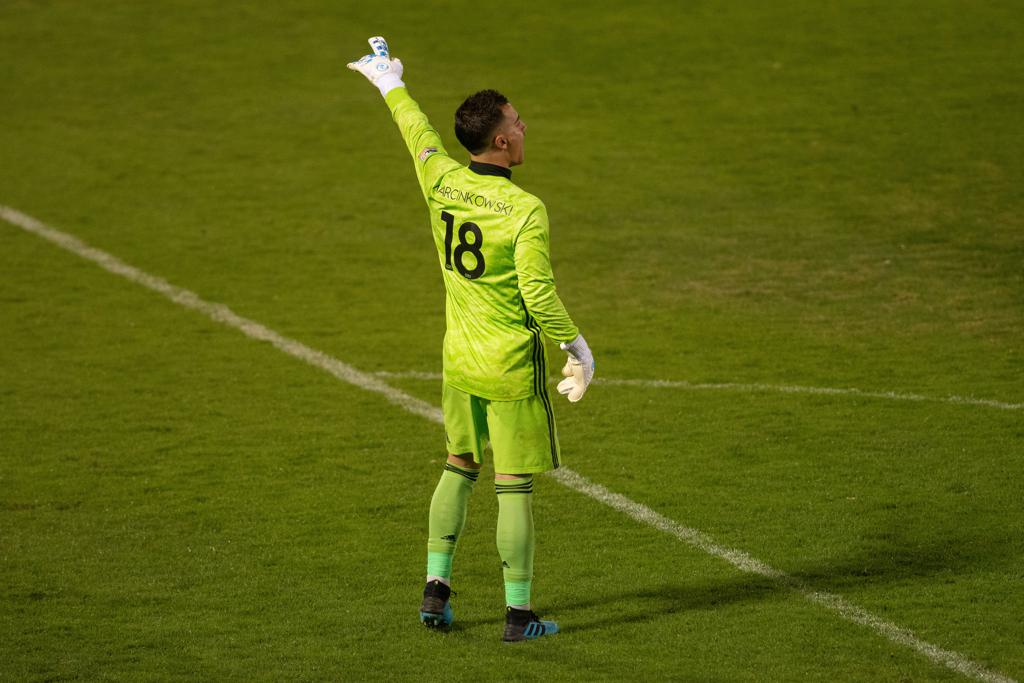 Reno scored first, as Danny Musovski scored his eighth goal of September off a feed from Seth Casiple. The goal extends Musovski’s season high goal total to 11, second on the team behind Corey Hertzog. The eight goals in the month ties a club record. Dane Kelly also scored eight in May of 2017.

Casiple’s assist was his sixth of the season, tying him for second on the team with Hertzog and Duke Lacroix. The assist extends his career high for a season.

SLC would score in the 41st minute to tie things up heading into the break. Reno tallied seven shots in the first half, including three on goal.

Things would be fairly even in the second half, with the teams each tallying eight shots. In the 83rd minute Reno keeper JT Marcinkowski made an incredible series of saves in a span of mere seconds, but the ensuing corner kick would result in a goal for SLC. Marcinkowski finished with five saves on the night.

The second goal would be the deciding one, earning SLC their second win over Reno this season.

Los Azules will be back at home for the final time this regular season on Saturday, taking on El Paso Locomotive FC at 5:45 p.m. PT. The first 1,00 fans will receive a free 1868 FC stein, and Greater Nevada Field will be hosting a free pre-match Oktoerfest celebration with German beers and food. Tickets are available at Reno1868fc.com or the Greater Nevada Field ticket office.