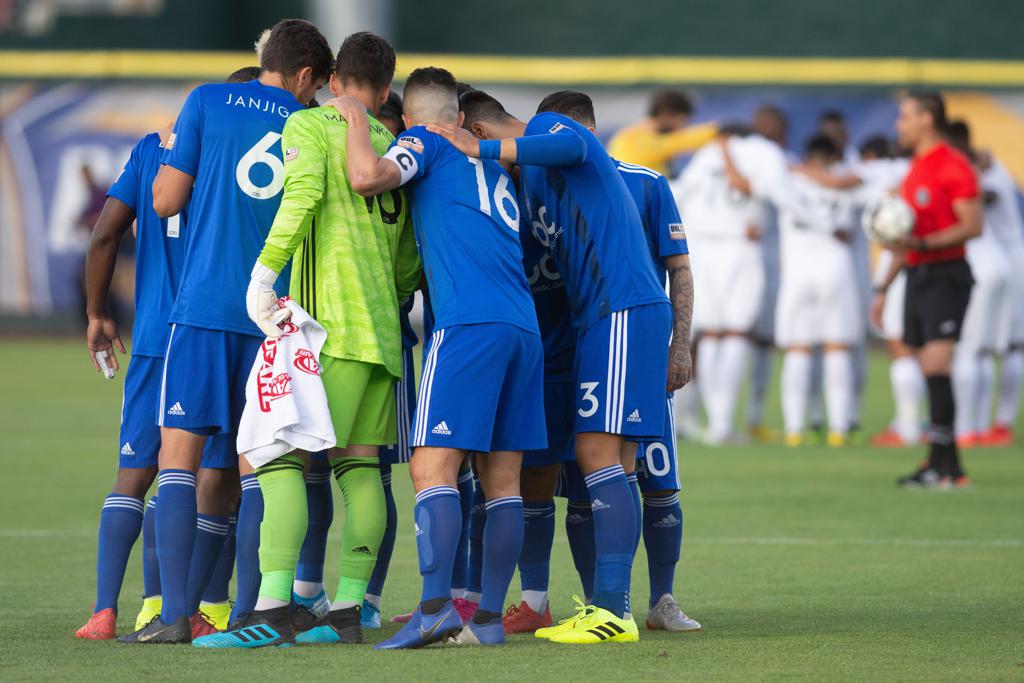 “This was a tough one,” said head coach Ian Russell. “But that’s life, we move on and get ready for the next one.”

San Antonio would get on the board first with a 12th minute goal by Christian Parano. The goal was the first Reno has surrendered at home since a 3-0 loss to Phoenix Rising FC on June 18. Reno had gone 2-0 at home in July, with both wins coming by scores of 4-0.

San Antonio would add another Parano goal in the 44th minute to take a 2-0 lead into the break.

Just five minutes into the second half, Reno midfielder Eric Calvillo would earn his second yellow card of the match and be forced to exit the match. San Antonio would score in the 56th and 57th minutes to make it 4-0.

A late surge would see Reno avoid a shutout, as substitute Sam Gleadle would score his fifth goal of the season just three minutes after coming into the match. The five goals put Gleadle in second place on the team goal list.

“The one thing I was happy with was we didn’t quit,” said Russell. “We were down a man pretty much the whole second half but we had more shots in the second half than the first.”

Reno will look to bounce back next week in a heavyweight bout on the road with Phoenix Rising FC. Phoenix won tonight to extend their first-place lead to six points. Fresno FC won as well, closing the gap between them and Reno for second place to just one point. Fresno will travel to Reno September 7 for another huge match.

Los Azules will kick off from Phoenix at 7:30 p.m. PT on Friday, and coverage can be found on ESPN+.