RENO TOPS RGV ON THE ROAD TO EARN WIN NUMBER 13 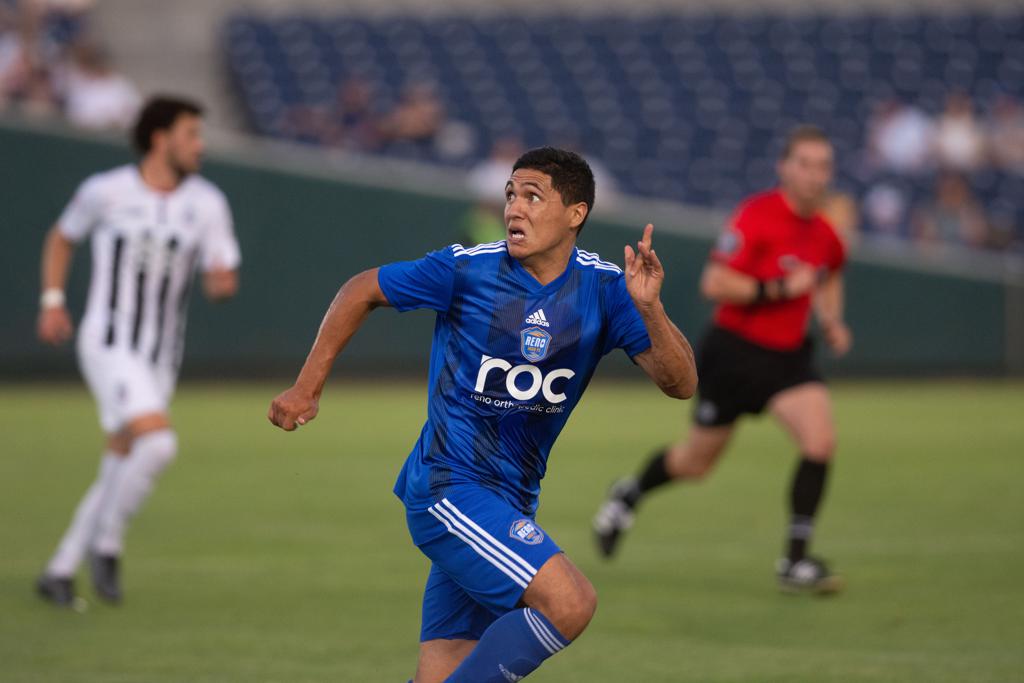 Edinburg, Texas– Reno 1868 FC topped Rio Grande Valley FC on the road tonight to move to 13-5-5 on the season, and 6-4-2 on the road this season. Thomas Janjigian and Aidan Apodaca’s first half goals were enough to secure the 2-1 victory and put Reno’s point total to 44, extending their lead over Fresno FC for second place in the USL’s Western Conference.

“It was a tough win, it’s always a pretty difficult place to play, especially in July and August,” said head coach Ian Russell. “But It was a win we grinded out. We were on our heels and defended the box well in the second half.”

Janjigian’s first goal of the season came in the ninth minute, heading in a Seth Casiple corner kick to make it 1-0. The goal came on just Janjugian’s third shot of the season, and was Casiple’s fifth assist on the season.

“He’s been playing really well. Last year I felt he was one of the better center backs on our team and in the league. I think he’s finding his form again at the right time,” said Russell.

RGV would counter almost immediately, with a 10th minute goal tying the game up at 1-1.

In the 20th minute, Apodaca’s fourth goal of the season would secure the victory. The goal total would make Reno 7-1-2 on the season when scoring two goals.

The boys in blue would withstand 16 RGV shots in the second half to hold on to the 2-1 lead. Reno was outshot overall 21-9, but moves to 7-3 on the season when being outshot.

“It was a lot of hard work. Our forwards had to lead the line in defending and they did that. We had to sit the line back deeper,” said Russell. “It’s just a testament to this team being able to win in different ways.”

“You’ve got to be able to win different ways. Every team poses a different problem. The same thing doesn’t always work.”

Reno will head back home for next Saturday’s 7:15 p.m. PT match against San Antonio FC. Tickets are available at reno1868fc.com or the Greater Nevada Field ticket office, and the first 1,000 fans will receive a free 1868 FC shirt.