MFEKA SCORES TWICE IN SECOND HALF 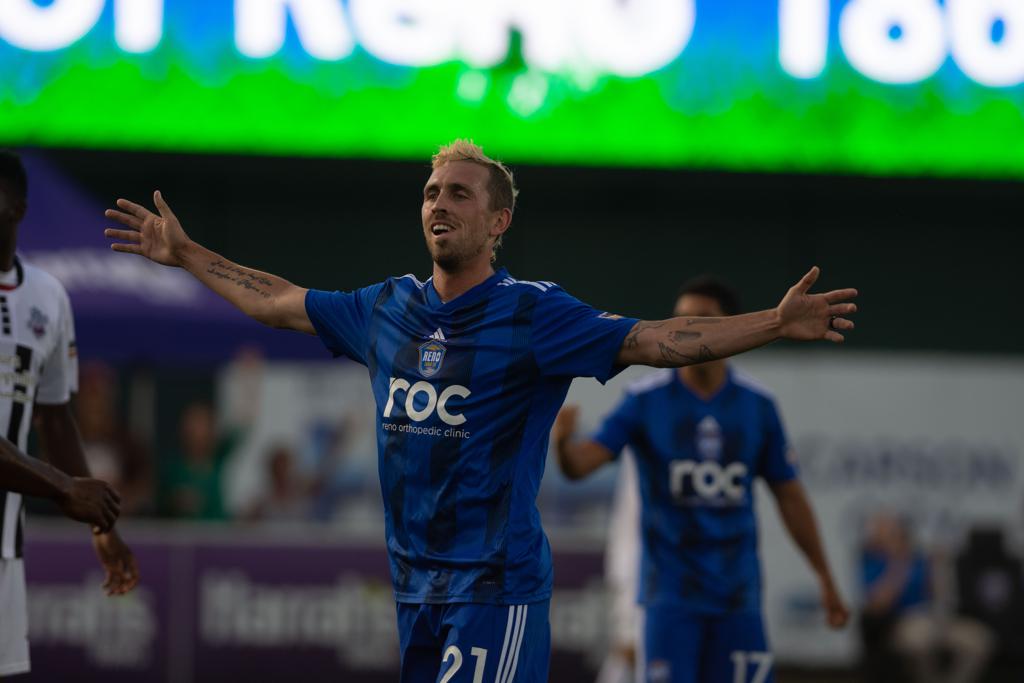 “We had a tough result on Wednesday at Orange County,” said head coach Ian Russell. “So to respond with a 4-0 win at home is a great sign.”

In the 18th minute, Corey Hertzog scored his team-leading 11th goal of the season. The mark moves him up into the top five in the league, and is his fourth goal in the last five games. The goal came off of a feed by Raul Mendiola, his sixth assist on the season.

Mendiola’s name would be announced again soon, as he would earn his second assist of the night just a few minutes later. In the 27th minute, Mendiola would put a ball over a crowd of defenders and 1868 attackers to find Duke Lacroix, who had more than enough space to fire off a shot and make it 2-0.

The goal would be Lacroix’s third of the season, and mark Mendiola’s seventh assist. The 2-0 lead would hold until halftime, when Reno would extend the lead.

The second half would belong to Lindo Mfeka. Mfeka would tally two unassisted goals in 18 minutes to make it 4-0 Reno. The pair of goals would move him into a tie for second on the team with four. The scoring burst was just the second time a member of 1868 FC scored twice in a half this season.

Reno moves to 7-1-3 at home on the season, and finishes the month of July with a 4-1-0 record. “I’m really happy with where we’re at,” said Russell. “We’ve jumped into a pretty solid second-place spot.”

Next up for Reno is a trip to Rio Grande Valley FC next Saturday. Match time is set for 7:30 p.m. PT, and can be streamed on ESPN+