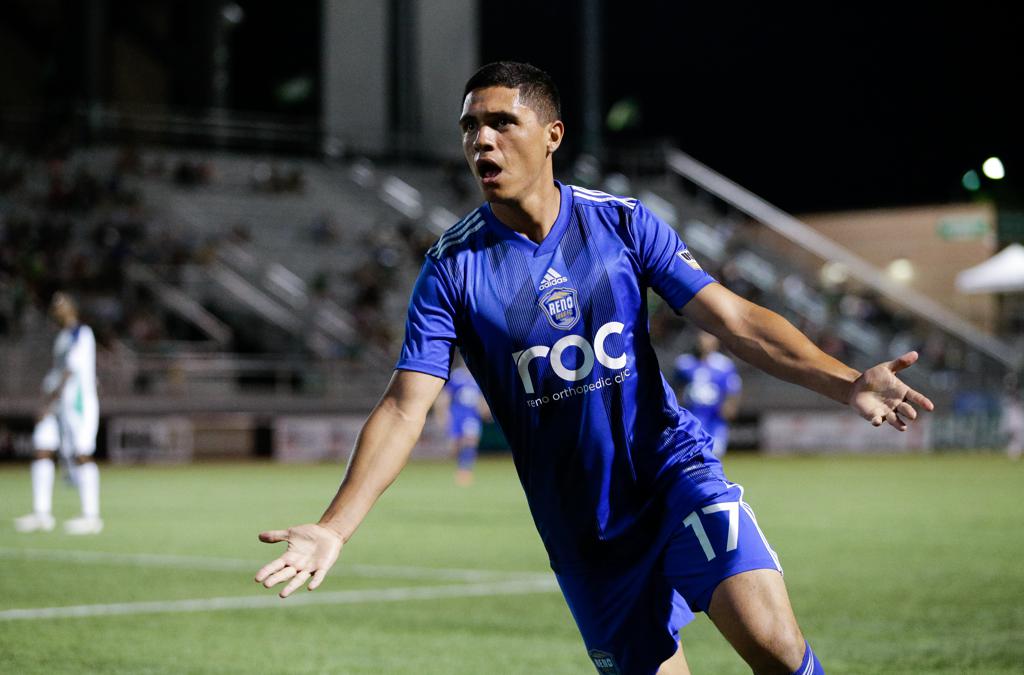 RENO, Nev.– Despite trailing 2-0 at the half, Reno 1868 FC started their three-game road trip off with a win tonight. Three unanswered goals in the second half moved Reno to 10-4-5, sliding the club into second place in the USL’s Western Conference with 35 points.

“That was a good win,” said head coach Ian Russell. “The first half wasn’t bad but we made some mistakes and they punished us.”

OKC Energy FC scored twice in the first 23 minutes to take a lead into the break, despite Reno outshooting the home team by a total of 12-5.

“We didn’t finish well in the first half, we had three really good chances and a bunch of other half chances,” said Russell. “I told them we needed to step up and finish in the second half.

It wasn’t until the 66th minute when Reno finally connected. Lindo Mfeka, making his first start since May 18, would score an unassisted goal to bring Reno within one. Just five minutes later, substitute Aidan Apodaca would take a pass from Raul Mendiola and chip it over the leaping OKC keeper to tie things up.

The game would only be tied for six minutes, as Corey Hertzog would score his team-leading ninth goal of the season in the 77th minute to put Reno in the lead for good.

“It just shows you how resilient this team is, they want to win,” said Russell. “You’ve got to know how to win the tough ones, like this, and you’ve got to that it’s not over. You have to believe in that.”

The boys in blue will be right back in action on Saturday, taking on LA Galaxy II at 7:00 p.m. PT. The match will be the second of three straight on the road. After LA on Saturday, Reno will take on Orange County on Wednesday.