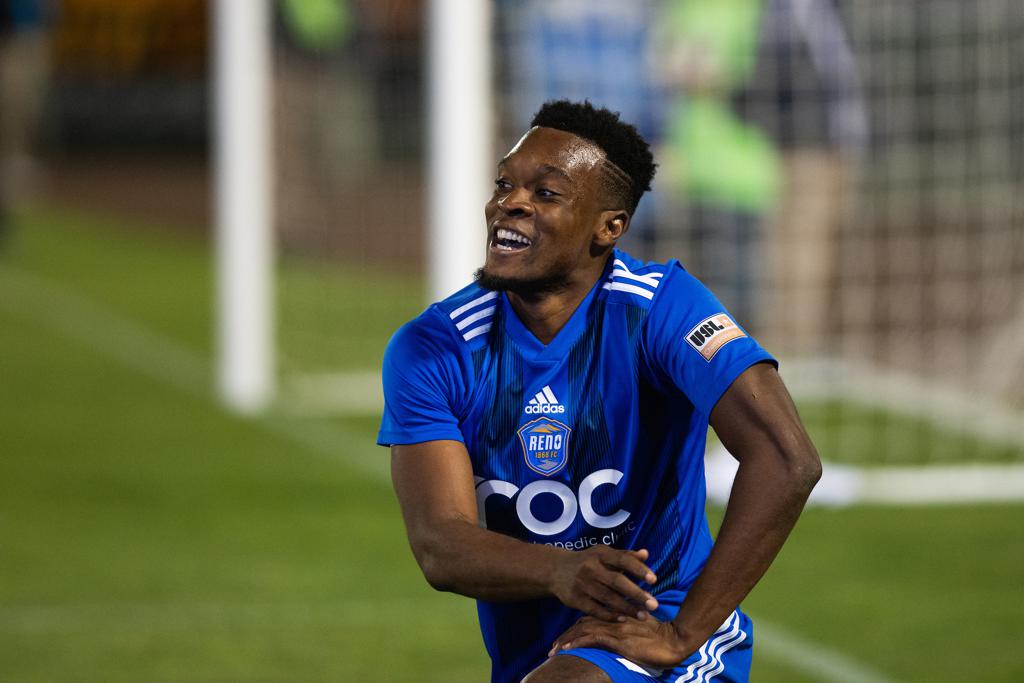 RENO, Nev.– Reno 1868 FC announced today the transfer of forward Brian Brown to FK Partizani of the Albanian Superliga. Brown leaves Reno as the franchise’s all-time leading scorer having scored 28 goals in the USL Championship since the club’s inaugural season in 2017.

“We are thrilled to help Brian on his journey and reach a new level of football,” said Reno 1868 FC President Eric Edelstein. “As a club, we believe it is vital to help players showcase their talents and assist them in playing at the highest levels they can achieve.  Brian’s departure will provide new opportunities to develop talent with an eye towards the highest levels in the world.  We wish Brian and his family the very best and will stay focused on the growth and development of our squad.”

“We’re very thankful for Brian Brown and his time in Reno, the excitement he’s brought to our fans and our community,” said head coach Ian Russell. “We’re also excited for Brian and this opportunity for him to further his career in Albania. We’re proud to have helped him grow and are excited to see what’s to come this season.”

Brown made 68 appearances for the club in the Championship and recorded 4,075 minutes of action. In 2018 he recorded 17 goals, including the game-winner in 1868 FC’s 1-0 victory in the USL Cup Playoffs against Real Monarchs SLC that earned the club its first postseason win.

Brown’s eight goals and five assists in 2019 each led the team and placed him in the top 10 in the Championship in both categories.

Brown has been with the Jamaican National Team since the beginning of June after being selected in its squad for the 2019 Concacaf Gold Cup. Brown made three appearances in the tournament, making two starts, and recorded one assist. The Reggae Boyz advanced to the Semifinals before falling to the United States 3-1 on Wednesday night in Nashville, Tenn.