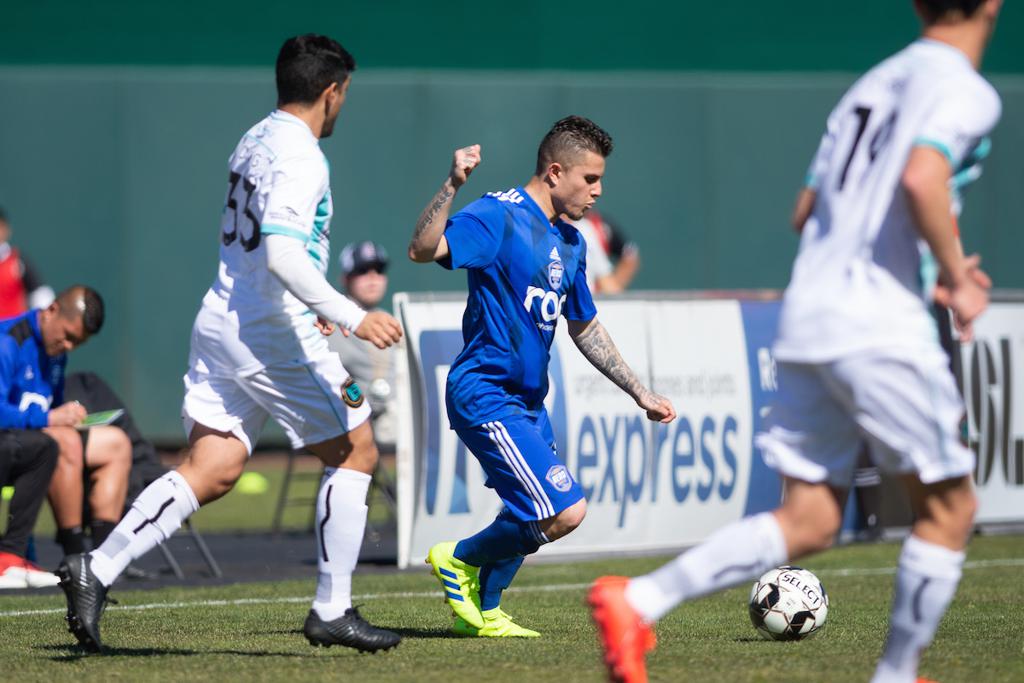 San Antonio FC had momentum heading into the second half and acted on it. In the 61st minute, Ethan Bryant was able to slip a shot past the fingertips of 1868 FC keeper Matt Bersano to tie the match at two. Just a minute and a half later, Jose Gallegos scored the game-winner for the hosts.

Cowell handed 1868 FC a 2-0 advantage in the 17th minute. The San Antonio FC back line gave the ball away deep in the 18-yard-box, and Cowell deposited the ball into the bottom left corner from eight yards out.

Eight minutes before that, Corey Hertzog got the scoring started on a transition from the middle of the park. Raul Mendiola clipped the ball over the top of the San Antonio FC midfield, and Hertzog one-touched over the keeper for his sixth of the season and 50th during his time in the USL Championship.

San Antonio FC cut the lead in half right before the 45 minute mark, as Ever Guzmán headed in a cross just outside the six yard box.

Reno (5-3-5) is back home on Saturday, June 15 for a 7:15 p.m. kickoff against LA Galaxy II. 1868 FC looks to continue an undefeated home record this year (3-0-3). The first 1,000 fans through the gate will receive an 1868 FC soccer ball, and it is the first fireworks show of the season after the match. For tickets, visit Reno1868FC.com or the Greater Nevada Field ticket office.

45’ Danny Musovski in for Cade Cowell

71’ Gilbert Fuentes in for Sam Gleadle

80’ Thomas Janjigian in for Emrah Klimenta