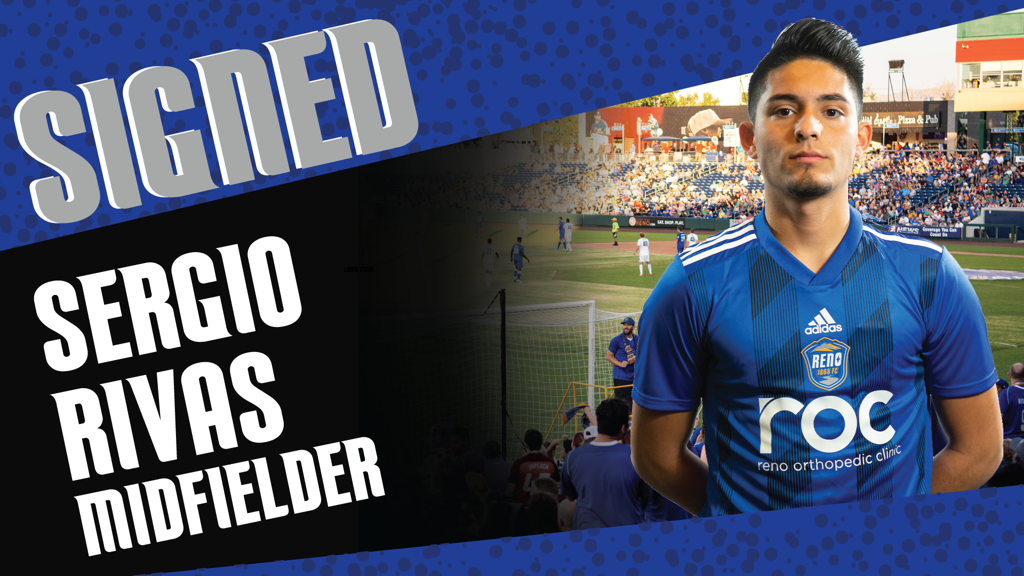 Rivas joins the club after being drafted 26th overall by the San Jose Earthquakes in the 2019 MLS Superdraft. The midfielder spent four years playing for Seattle University Men’s Soccer Team prior to being drafted.

“Sergio is a player who we followed for a few years in college, he’s very versatile and has a great work rate,” head coach Ian Russell said Wednesday. “He’s a box-to-box midfielder with a great engine and we’re excited to have him.”

During his career at Seattle University, the No. 10 appeared in 85 games, scored 19 goals and notched 27 assists. In his senior season the midfielder scored four goals and was fourth in the nation for assists with 11.

Rivas signs with the club just before the team travels to Fresno to take on Fresno FC on Saturday, March 23. Kick-off is slated for 7:30 p.m. and the match can be streamed on ESPN+. Rivas and Reno 1868 FC will return to Greater Nevada Field on March 30 to take on OKC Energy FC. For tickets visit Reno1868FC.com or the Greater Nevada Field ticket office.